Great discounts to grab for top robot and handheld models 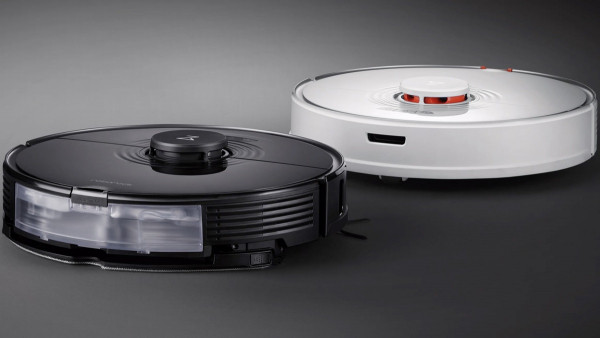 Due to the unprecedented times we have all found ourselves in over the last 18 months or so, we've had to get used to spending much more time at home, with our houses now doubling up as workplaces and sometimes even classrooms.

Because of that, our homes actually require more maintenance, which means investing in a smart robot vacuum has never made more sense.

Thankfully, Roborock is adding plenty of much-needed convenience to the area, offering next-level cleaning - for both vacuuming and mopping - and giving you complete peace of mind over the process.

The brand may only be just over six years old, but it already offers the smartest and most diverse range of robotic vacuums on the market, complete with features that set it apart from rivals and allow it to easily navigate around the home.

And the good news is that, for Labor Day 2021, the brand is slashing prices on some of its latest and greatest models, including a superb deal which involves teaming up a top robo cleaner with a high-end handheld.

Here are all the details on the deals...

The Roborock S6 is just as quiet (67db) and has the same size battery (5,200mAh) as its more expensive MaxV sibling, but comes in with a much cheaper price tag.

Boasting a strong 2,000Pa suction, smart mapping to work out the most efficient way around each of your rooms and a mopping feature, the S6 is a great robo cleaner for someone looking to take their first steps in the area.

Its high-density, high flexibility DuPont bristles sweep the floor tightly without missing a thing and its Z-shape cleaning pattern will ensure that every inch of your floor space is cleaned thoroughly.

If you want the ease-of-use of the Roborock app, intuitive room and zone mapping customization options, and a thorough clean for your home without having to pay the very top price tag as well, then the Roborock S6 model is certainly going to appeal.

The Roborock S7 is Roborock's latest smart robot vacuum, and the brand's most advanced yet.

We've seen a mopping feature on a range of the latest Roborocks but the S7 is the first model to boast sonic mopping and an intelligent automatic lift.

What this means is that underneath the mopping pad is an ultrasonic vibration plate so, rather than a wet pad simply wiping away at your hard floors, the theory is the extra movement adds a bit of elbow grease to the process.

This sonic mopping feature equates to a doubling of the pressure of both the S6 Max V and the S5 Max - which are also both excellent moppers already.

The lift feature, which Roborock is calling VibraRise, means that, when the Roborock S7 detects that it has left a hard floor area and his landed on a rug, or some carpet, the wet pad is actually lifted up to prevent it leaving wet marks.

When the pad is lifted, the water flow is stopped and the vibration ceases.

Unlike previous Roborock models, there is no need to set no-go mopping areas and, when viewing your map plans in the app, you'll be able to see what areas have been mopped and what areas have simply been vacuumed.

As well as the advanced mopping skills, the S7 has all the high-end power we've come to expect from Roborock; including a 2,500Pa suction rating and a whopping 5,200mAh battery.

There's also a new, rubberized, main brush and perhaps most exciting of all, Roborock is also introducing - later this year - a new self cleaning docking station; the Roborock S7 will be the first compatible model.

However, there are some areas that even the might S7 can't reach - and that's where a top handheld cleaner comes in.

The Roborock H6 is able to glide across your surfaces for a whopping 90 minutes of total runtime in its normal mode, with a boost to the power automatically applied when the device detects it's dealing with a carpeted area,

If you need an intense clean for a specific area - think down the back of the sofa or underneath the fridge - then there's a turbo mode that offers 10 minutes of intense sucking; creating up to 150AW of continuous suction power.

With six accessories ŌĆö the multi-functional brush, baton, mini motorised brush, flex tube, dusting brush and crevice tool ŌĆö all at your disposal, too, youŌĆÖre able to tackle everything from upholstery and curtains to bedding and rugs.

In these times where air quality is so important, you'll be pleased to hear that the H6 features a 5-layer filtration system, with multiple cyclones plus a front and rear HEPA filter that captures 99.97% of particles as small as 0.3 microns, meaning it cleans the air in your home as it cleans your surfaces.

Weighing just over 3lbs, the H6 is the perfect replacement for outdated, corded models that you would typically run all over the house.

Pair it with the S7, and you have an unstoppable cleaning force thatŌĆÖs ready to tidy your home the easy way.

Normally, to buy these two awesome machines, you'd be looking at a combined price of just under $1,150.

The Labor Day deal, which will run from 1 September to 6 September, will see the price slashed for the pair to an incredible $749... a 35% saving.

Roborock key features: How it beats the competition

The advanced features you receive through the latest Roborock models and the Roborock app take things beyond the standard clean scheduling and multiple power modes, giving you an array of smart features to tackle the dirt and dust in your home.

When robot vacuum cleaners first arrived on the scene, mapping was unreliable and incomplete, meaning that certain areas often went uncleaned and obstacles were routinely bumped into.

Thanks to RoborockŌĆÖs adaptive route algorithm, though, the robot vacuum is able to map out the edge of a room and then instantly calculate the best path to clean it based on the size and shape.

Over time, it will then adapt and begin to account for the objects within a room.

It also means your wide living room will be cleaned horizontally, while longer corridors are tackled with lengthways paths, leading to less repetition and faster cleans.

When combined laser distance sensor (LDS), as well as the cliff, bumper and wall sensors, there are no unplanned trips down the stairs or persistent knocks into furniture legs and skirting boards, either.

The Roborock app (iOS and Android)

Within the app, there are even more ways to receive the most efficient clean possible for your home. Rooms are automatically mapped out once your Roborock has completed a clean of an area and saved the map, and this is able to be customized so you can take advantage of individual Room or Zone cleaning; for example you can choose the order of priority that rooms are cleaned in.

If thereŌĆÖs an area of the home which you donŌĆÖt want the vacuum to venture, No-Go Zones can be precisely pinched onto the existing map, too.

For those with multiple floors, the latest Roborock models can all also map out different levels and clean them without needing to begin a clean from the dock.

ThereŌĆÖs still no way for robot vacuums to climb the stairs, unfortunately, but this is the next best thing; simply carry the Roborock to a starting point, let the device recognise which map itŌĆÖs working on and wait for it to return to where it set off.

Whether you opt for the Roborock S6 or the new S7, youŌĆÖre getting a seriously powerful clean; with a 2,500Pa suction rating on the S7 and a, still impressive, 2,000Pa on offer with the S6.

Whichever model you go for, you can set the device to operate at four different intensities during a vacuum, with the side brush sweeping dirt through the spinning brush and into the dustbin.

Scheduled cleans are also perfect for keeping your home consistently looking spotless ŌĆö even when youŌĆÖre not present ŌĆö with the required suction level able to be customized for specific rooms.

And, if you do happen to be around when something needs cleaning up, you can quickly and easily select a spot on the map and set the Roborock device on its way.

RoborockŌĆÖs devices are already ridding your home of dust and dirt, but the mopping function helps you really double down on the cleaning. Ideal for those with allergies ŌĆö and also those with plenty of hard floors ŌĆöthe attachable mopping module and performance is akin to wiping a just-cleaned table down with a wet wipe.

The S7 is, by far, the most advanced mopping robo cleaner on the market today, with sonic mopping and the all-new VibraRise feature, that detects it has left a hard floor area and his landed on a rug, or carpet, and the mopping pad is a lifted up.