The creepiest, freakiest things Alexa has ever said and done

Is there a monster in the house? 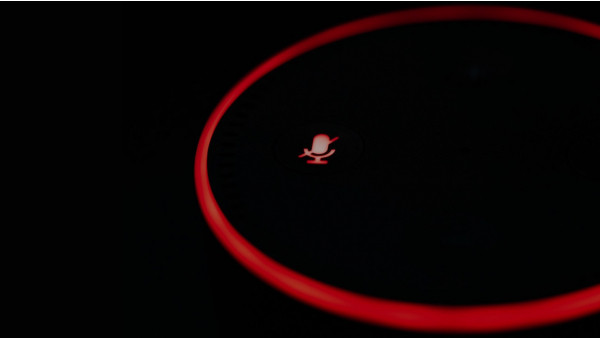 Alexa can get real creepy at times, saying weird stuff or cackling for no reason. And the internet loves it every single time.

To be honest, so do we because as much as we've got used to helpful, polite voice assistants in every room of the house, it still feels like they could go rogue at any minute. Or have we just been watching way too much sci-fi?

Here are our favourite reports of spooky behaviour from Alexa since it launched in 2014. Some have video to prove it, others we'll just have to take Echo owners at their word. Think you can do better? Add yours to the comments below.

This is number one with a bullet in terms of creepy things Alexa's said out of the blue. In June 2018, apparently, Echo user Shawn Kinnear walked into his living room in San Francisco and says that unprompted Alexa said "Every time I close my eyes all I see is people dying."

Well, that's a lot. If Alexa said that to us, we'd probably chuck the smart sepaker out the window. Someone get this AI some therapy.

Remember when Alexa was randomly laughing in people's homes, totally freaking them out?

In March 2018, Amazon pushed out a fix to change the command "Alexa, laugh" to "Alexa, can you laugh?" to avoid false positives after people started posting videos of their possessed smart speakers online.

Now it says "Sure I can laugh" before the cackling begins as a warning. Pretty weird command to begin with.

Local spots in the area

After all the news stories about Alexa's outbursts of laughter, a Twitter user who goes by the name of Chef Adam Fan tweeted that unprompted his Amazon Echo started "listing off local cemeteries and funeral homes."

His theory is that Alexa wants him dead because he plays the same Spotify playlist over and over again, more likely another bizarre false trigger.

Replying bc THIS creepy thing happened last night: we got home and, totally unprompted, our Amazon Echo/Alexa started talking. And then i realized it was listing off local cemeteries and funeral homes??? I'd rather it laugh at me tbh
ŌĆö Chef Adam Fan (@HeyItsKamo) March 7, 2018

Back in April 2018, a bunch of Alexa users ŌĆō including a reporter at Mashable ŌĆō found out that when they asked the voice assistant "Alexa, what's a chemtrail?" they got the conspiracy theorist answer: "Chemtrails. Trails left by aircraft are actually chemical or biological agents deliberately sprayed at high altitudes for a purpose undisclosed to the general public in clandestine programs directed by government officials."

We're not sure what's scarier ŌĆō Amazon's voice assistant spouting paranoid nonsense or the fact that up to 30% of Americans think that's true.

This one won't work if you try it now though, as Amazon said it was an error that's now been fixed.

One of the freakiest reports on the excellent 'What is your creepy Alexa story?' thread on Reddit is user meatmacho's story about when Alexa butted into an argument he was having with his wife a few years ago.

He says: "Wife and I were arguing about something. No clue what it was, but it was getting a little heated. I don't know what Alexa thought she heard, but she suddenly interjected with, "Why don't we change the subject?" It was just unexpected and relevant enough to be creepy. We both heard it, and we both still talk about it years later. There was nothing in the app logs."

A couple in Portland, Oregon told a local TV station in May that one of the husband's colleagues had been sent audio files of their Alexa recordings. Luckily they were just talking about hardwood floors and not you know, slagging off the colleague in question.

Stay organised: How to clean up Alexa

This one's pretty unlikely to happen all that often. Amazon confirmed the incident with an engineer finding that the voice assistant had mistakenly sent a message to the contact with the conversation confused with dictation. Again, Amazon said it was working on a fix to avoid more people wiretapping themselves and sending their chats to random friends. Still not cool, Alexa, not cool.

This Amazon Echo advert, for the 2021 Super Bowl, shows Michael B. Jordan imagined as Alexa in human form.

It's not unnerving at all. Not at all.

Alexa's emotions are pretty scary themselves

This isn't a weird quirk of Alexa; rather a feature for Amazon's digital assistant. Launched at the end of 2019, new speaking styles for Alexa developers present the opportunity to alter the voice responses with emotions such as excitement and disappointment.