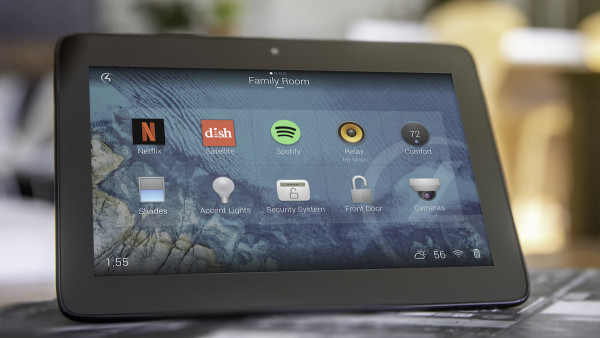 Control4 has launched its biggest user update in years, with Smart Home OS 3 promising to "set a new standard for the smart home."

If you've got a Control4 system, or you've come across one at a friend's house, you'll know that touchscreen interface has a slight whiff of 'stock Android 2011' about it. All that is set to change, though, with Smart Home OS 3, which is far more than a spit and polish of the existing UI - we're told there are more than a thousand new features and capabilities.

Confused? Check out our guide to Control4

Sure, the icons, colors and general feel of the Control4 'app' have all been revamped, but there's a big focus from the Salt Lake City company to make people's smart homes - ones powered by Control4, of course - more intuitive and much simpler to operate.

A good example of that is, in OS 3, it's not such a clunky affair to get to the things you do the most within your smart home; whether that be turning off the lights, altering the heating or streaming multimedia in different rooms.

Rather than everything being set in a rigid layout, OS 3 allows for more customization on what comes front and center, with users able to select their favorite operations to see on the main home screens of each room.

For example, in a kitchen, you might want easy access to get the right lighting in place for dinner; while in the living room your main concern maybe getting a one touch button to jump straight into Netflix.

All of this was, of course, possible with the existing Control4 interface, but it often required digging through numerous screens and menus.

Room-based home screens still play a major part in the Control4 setup, but you can now also prioritise what rooms are most important to you, and swipe through them in the order that you want. Rooms will also remember what you've done previously, making it easier to initiate the things you use most often such as light scenes, music artist, albums or playlists and so on.

The media screen, where you can see what's playing in each room - whether that be music, movies or both - has also been overhauled, with a new media bar that provides artwork and info, alongside quick controls. There are also enhancements for climate control screens, security, shade control, native support for streaming high-resolution audio, and a whole lot more.

The new Smart Home OS 3, which will start rolling out from 28 May (speak to your dealer to book in an upgrade), is not only for dedicated touch panels, but also for the mobile and tablet apps, too.

We're preparing our comprehensive Control4 review on The Ambient, and will go into lot more detail about if and how Smart Home OS 3 improves the overall Control4 system.