Along with 'M' personal assistant 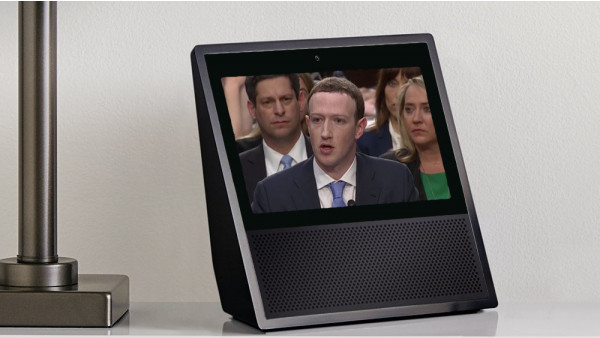 With Facebook's name currently mud due to the Cambridge Analytica scandal, launching its rumored smart speakers during the May F8 conference would have felt poorly timed to say the least.

And as was previously reported, the speaker didn't show its face. Now a new report claims the company not only decided against revealing its Echo competitor at its San Jose get-together, but is considering debuting it outside of the US to avoid public scrutiny.

That's the word from CNBC, which is told by its sources that Facebook had originally planned to use F8 as a launchpad for the pair of speakers, but is now considering an international launch that would initially exclude the US, where Facebook's privacy issues are under close inspection.

The speakers will come with a smart assistant called M, claims CNBC, the same that powered the Messenger chatbot - and was shuttered in January. But the program is reportedly still alive and being developed for a voice assistant that will show up in the speakers.

The rest of the report echoes things we've heard before. One speaker will supposedly come with a camera and touch screen (think Echo Show) while the other sounds like it will be more pared-down (perhaps more akin to the standard Google Home or Echo). Both will connect to Facebook Messenger for chatting to friends and family.

According to the latest report, Facebook has played with the idea of giving the assistant a human name starting with M, "Marvin" being one idea allegedly thrown in the ring. We reckon Facebook should go full 007 and just stick with the letter.

Just a few weeks ago, a patent showed up illustrating what may or may not be one of Facebook's speakers. That's as close as we've got to seeing what one of these speakers might look like, but there's no guarantee either of these home devices will end up looking like that. The other thing we've heard is that one of the speakers goes by the name or "Portal", though there's no mention of that in the latest CNBC report.

We might not know any of the facts for a while - the latest word from Digitimes is that the speakers may not show up before October. Whether that's true or not, it certainly sounds like Facebook is in no rush to get this out the door.