Zuck wants in on your TV, too 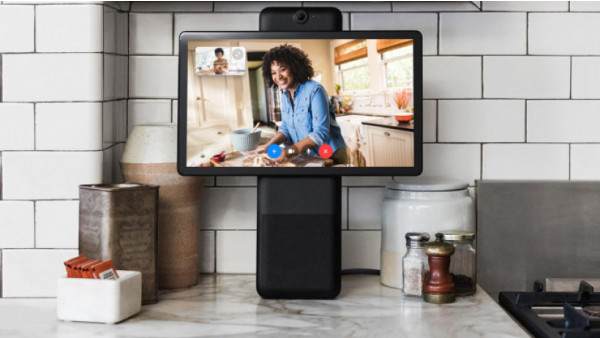 Facebook recently announced Portal, a smart speaker with a camera for chatting with your best buds via Facebook Messenger. It's Facebook's first big smart home product, and it doesn't appear to be its last.

Cheddar is reporting that Facebook is also working on a TV camera that doubles as a streaming device. It would sit on top of your TV and, like Portal, allow you to video chat through Messenger.

Read this: Facebook's Portal timing could not be worse

Ripley would use the same core technology from Portal. So you can expect it to use the same AI that can track you as you move around the room or widen the field of view if someone else hops into the frame. Likewise, you can probably expect the same features that let you tell stories with AR filters and sharing music and videos with others.

Facebook is planning to announce Ripley in spring 2019, claims the report, though since the device is still in development that date could change. Portal was famously delayed from releasing earlier this year due to the Cambridge Analytica scandal, which saw the firm harvesting data from millions of Facebook users to aid Donald Trump's presidential campaign.

Facebook has been plagued by privacy scandal after privacy scandal since then, making it hard for people to trust the social network. That makes putting Facebook-built cameras into people's homes an uphill battle - not that the company seems deterred.