IFA 2019: Lenovo and Nokia will be the first to use it 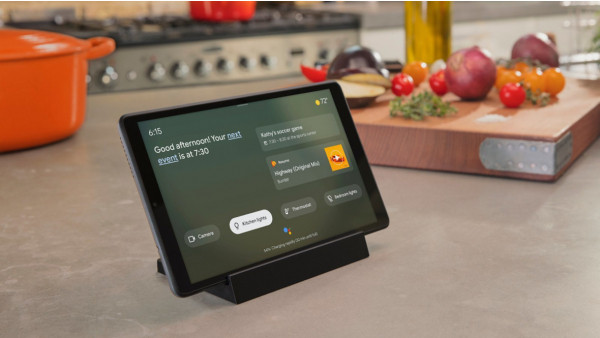 Google has announced a new feature for the Assistant called Ambient Mode, which will transform any Android phone or tablet into a Smart Display when docked.

If it sounds familiar, that's because a) Amazon has its own version with Alexa called Show Mode, and b) Google sort-of tried something similar with the Pixel 3 charging dock that gave the phone certain Assistant capabilities while charging.

Read this: The best smart displays 2019

The new Ambient Mode is more rounded than that, displaying your calendar schedule, weather updates, notifications, and more while the device is docked. The new mode is arriving with two Lenovo tablets, just announced: the Yoga Smart Tab and the Smart Tab M8. It's also rolling out on two new Nokia phones, if you can believe that.

However, the interface isn't quite the same as the one you'll find on the Google Nest Hub or Lenovo's new Smart Display 7, it's its own thing, for better or worse, something more stripped down. It doesn't offer access to Home View, the smart home control panel found by swiping down on Google's Smart Displays, and that's a shame, but you can control all your smart home devices by talking to the Assistant.

From what we've seen of Ambient Mode so far, it still looks like a work in-progress, but we like how it includes smart home shortcuts for triggering suggestions, actions and routines, such as turning on the living room lights or accessing the feed from a smart camera. It will launch this month with the new Lenovo tablets, so not long before we can try it out fully.

For more going down at IFA in Berlin this week, check out our dedicated IFA 2019 hub.