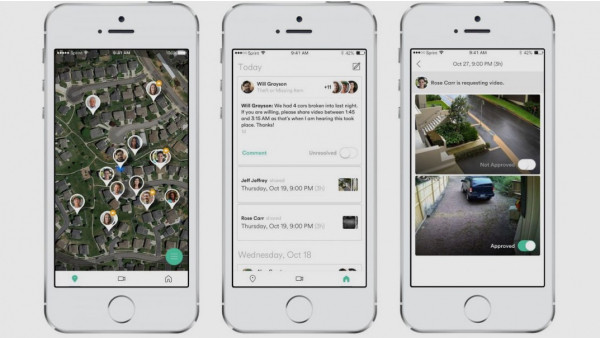 Its new app Streety, for iPhone and Android, lets neighbours link together their security camera or doorbell camera feeds, whether made by Vivint or rival manufacturers, into one security network that keeps an eye on their streets.

The idea is that the neighbours already ask each other for security cam footage if, for instance, there has been a break-in. Vivint expects users to request and share live video streams (its own cameras) and recording clips (all cameras) around protecting cars, children playing on the street, and houses when on holiday as well as yes, that classic neighbourly conversation topic: investigating stolen packages.

Read next: Hive's new View camera is stylish but limited

People who don't own any sort of outdoor camera can also sign up to request video clips from a specific timeframe and ask questions.

The geographical limit is defined as a 275m radius from each house and Vivint says that Streety uses third party verification services to confirm identities and addresses - no details as to what these are. There is obviously some potential for some rather tasty neighbourhood-wide hacking here but it remains to be seen whether local burglars would go to such lengths of co-ordination.

The free app will be available in the US and Canada, at first, from spring 2018 though you can already find it on the Play Store in an 'unreleased/unstable' form. Vivint is showing off the app at the big CES show in Vegas this week, asking other camera manufacturers to get involved. This will be fairly key to any success in getting people onboard with sharing their feeds.