Ambient OS guide: What you need to know about the new smart home name

Essential's key to 'activating' your home 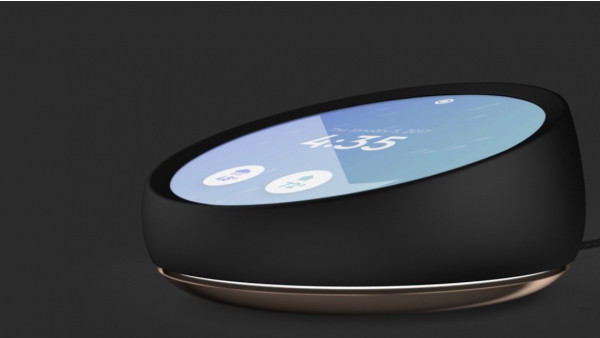 The Amazon Echo kinda came out of nowhere but now we're seeing rivals almost every week. When Andy Rubin ŌĆō you know, the guy who sold Android to Google then ran it for nearly a decade ŌĆō comes out with a voice controlled smart home hub, though, you listen.

The Essential Home is a circular smart home device that has a touchscreen, as well as voice activation ŌĆō the images so far suggest it can either sit on a surface or be mounted on a wall. The company says the device can "activate" your home, acting as an "API" that pulls together everything in your house.

Read this: How to style, store and show off your smart home tech

All of that is powered by Essential's Ambient OS. While details on Ambient OS are scarce at this point, we do know that it's half OS, half smart home platform and all sorts of intriguing. Here's what you need to know.

What Ambient OS can do

At first blush, a good deal of what Ambient OS does will be familiar to smart home assistant aficionados. You can use your voice to control your smart home devices, or play some music, or set timers, or even ask questions. All of those things aren't just audio-based though, they use the Essential Home's big, circular screen to give you a little more information. So it can do things like display a map when reminding you that you've got to scoot to your meeting because traffic is getting bad.

However, what sets Ambient OS apart from other smart home assistants is that it's basically IFTTT on steroids. As Essential puts it, Ambient OS lets you "create applications" that connect devices together. For instance, you can have your living room lights go off when your timer counts down.

What sets this system apart from IFTTT is that all of this is done on the Essential Home itself, and it can suggest ways for your devices to talk to each other. That's because Ambient OS, and Essential Home by extension, can understand the physical layout of your home, the people in your home and the devices and services they use. It wants to talk to all of them, and pool them together to create a smart home experience.

This allows Ambient OS to anticipate what you need and suggest solutions. Essential, by the way, is adamant that Ambient OS's suggestions are suggestions, and doesn't want its smart home platform to come across as intrusive or pushy. Also, this means that Ambient OS understands your daily routines and can sense when things are off or when something in your home isn't functioning as it should.

You probably expected being able to tap the screen or speak to Essential Home to activate many of its abilities, but you'll also be able to "glance" at it to start it up. That's right, you can apparently stare down your Essential Home to get it to do things. It's not yet totally clear how this is possible ŌĆō whether there's a camera or sensor on the device that we don't yet know about ŌĆō but Essential says it's possible.

Ambient Home will also be able to use Siri, Alexa and Google Assistant, according to Rubin. Or, well, he wants Home and Ambient OS to use all of them, plus Ambient OS's assistant, because he believes customers don't want to be forced into using one assistant. It's unlikely the three of those assistants will come baked into Ambient OS, but it wouldn't be surprising to see Essential Home let you use them through some Bluetooth-based setup with your phone.

A central smart home system that completely understands the people and devices in your home and can intelligently link things together is certainly cool, but it's also terrifying to hand over that much information to a company. Thus far, Essential is promising a heavy emphasis on privacy.

Ambient OS is designed to do most of its computational work on the hardware itself, rather than pinging the cloud (like for a web search). That doesn't mean it'll never talk to the cloud ŌĆō sometimes it will have to ŌĆō but it'll try to do as much as it can on the hardware. Similarly, when it talks to other devices in your home, it'll talk to them via your in-home network.

The smart assistant will also process much of its logic on the device, rather than asking a big server. That's typically how Alexa, Siri and Google Assistant work. This makes it feel like Essential Home is running some serious power under the hood, as it's not relying on a more powerful server to do its dirty work.

Are you surprised that the co-founder of Android has a new operating system that's open source? Because you shouldn't be. For Essential Home to be any kind of success, it needs companies to be able to easily hop on board with what it's doing.

That's why Essential has made Ambient OS open source. In fact, Rubin told Recode that Ambient OS will follow the same development and deployment strategy as Android. That means a couple of things. First, it means that anyone can easily get started developing for the platform. Second, it means that anyone could come along and fork Ambient OS into something else for other hardware devices, just like Amazon did with Android for its Kindle Fire tablets.

It's not quite clear whether Essential has some kind of hardware strategy with third-party manufacturers to develop their own Ambient OS systems. Regardless, Rubin says the company already has a plan for keeping Ambient OS updated should other companies come along and make their own version for their own device. However, Rubin declined to state said plan.

Well, we don't know. Rubin says the company has no planned release date for Home and Ambient OS. Essential says it'll update its website with more information the closer we get to the launch of the device but ŌĆō again ŌĆō we have no clue when that could be.

That doesn't stop us from guessing though. Essential's flagship product, the Phone, launched back in July. It's likely that the company's attention will fully turn toward Essential Home and Ambient OS once the Phone is largely boxed off, though it has run into screen issues since launch. Other than that though, we've got bupkis.