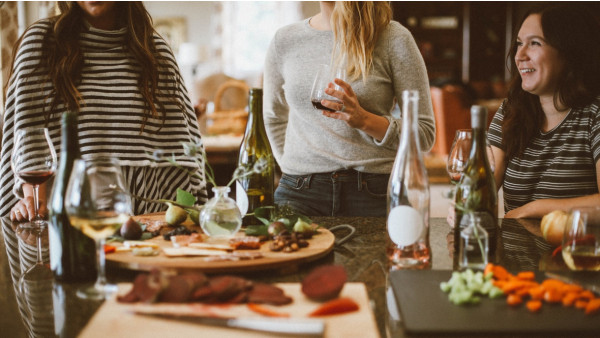 Sharing apartments with roommates, by its very nature, is a shambolic construction; essentially four-walled volcanoes bound only for eruption, as humans of all varieties come together and, as best they can, tolerate the incendiary habits of their so-called house "mates".

So, what happens when a house or apartment welcomes a new member? No, not your friend's allegedly fun new squeeze, but a smart assistant? Well, just like with any new arrival, the initial interactions are nervy affairs ŌĆō uncomfortable, even, as you try not to embarrass yourself.

But as the weeks go on, familiarity grows, and they eventually become a core part of the dysfunctional pseudo-family you've created for yourselves, borne only because you have two things, and two things only, in common: you're too poor and, crucially, too afraid of being alone, to move into a real house, like a real person.

Anyway, in that spirit, we decided to delve deeper and find out how those living in flat-shares really handle the presence of Amazon Alexa and Google Assistant. Below are some short accounts of how these smart assistants are blending into the wacky world of house-sharing, as well as a couple from those who still have too many reservations to let them into their home.

A portal for smart light chaos

"Shortly after I moved into my new flat a few months ago, I decided to get some smart bulbs to try and make my all-white room a little more colourful. We're not allowed to put anything up on the walls, so everyone's room looks a bit shit. The good news was that I managed to save some money because my flatmate already had a bit of Philips Hue gear and a hub.

"I have an Amazon Echo Plus that I could connect some bulbs to, but, as I say, it's all about the colour, so I needed to share the hub with him to get the most out of it. Obviously, as I was setting up, we realised that we could control each other's bulbs through the Hue app. We've kept things civil so far ŌĆō no turning each other's lights on in the middle of the night ŌĆō but I do worry Alexa is going to mishear me one morning and turn his light on. That's when the games will begin."

"I'm really enjoying having the Google Home in my kitchen, especially because of features like casting podcasts to it as I walk in from work.

"I also enjoy not getting up really early for work, but my flatmate gets up an hour before me and now the new routine is him shouting, "Hey Google, give me the news," or, "Hey Google, play BBC 6Music," then immediately, "Hey Google, turn the volume down". I've told him there's a volume button, but I think I need to physically show him. I think I also need to school him, so he knows he doesn't need to shout."

Is Alexa trying to steal my boyfriend?

"My boyfriend and I have an Echo Dot in our kitchen, so that's really handy for being able to put music on while we're cooking; it means I don't have to touch a phone or remote if I want to change the song while I have food on my hands.

"We also have an Echo in our bedroom, though. I'm a tiny bit paranoid she might be listening to us ŌĆō or, worse, might accidentally record something that was never meant to be aired in public.

"Also, I'm sure Alexa prefers my boyfriend to me. When I give her a command, she doesn't always respond, but when my boyfriend asks her to do something, she always does it. In the dead of night I'm sure she's plotting to get rid of me so she can have him all to herself."

"I just bought Google's Home Hub because I thought it'd be quite a nice thing to have in the kitchen while I was cooking. I already have a Home Mini, which is great, but I do prefer controlling things through a screen.

"But when I first got it and set it up, I didn't realise it was going to show all my photos that are stored in Google Photos when it was idle. Thankfully, I didn't have anything that my flatmates weren't supposed to see ŌĆō they were just loads of holiday photos, nothing exciting ŌĆō but I did change the settings as fast as possible to avoid anything embarrassing popping up.

"It's a shame because I do like the idea of it showing some, but not with my friends using the same space."

"I bought an Echo Dot last year on Black Friday, because I wanted to see what all the hype was about. Things were fine in my old flat ŌĆō it was fairly quiet and I used to just keep it in my room for a bit of music or weather reminders, just really basic stuff.

"Now I'm sharing with four other guys, though, and it's basically unusable. Alexa gets told to f**k off every time she tries to answer me something and I'm not sure how many more times I can deal with somebody skipping over a song just to wind the other person up. We're too immature for it."

"I don't think I could use it in a flat-share, mainly because I don't think I'd get the most out of it, and I think I'd feel a bit weird speaking to Alexa in front of other people. Like, if I want to know what my schedule is like on Thursday afternoon, I'd rather just look it up on my phone than ask."

Will Alexa snitch on me?

"It's not that I don't think it could be useful ŌĆō I did think about getting one instead of just a normal speaker, because the ones I was looking at were around the same price ŌĆō but the privacy thing scares me a bit.

"I wouldn't want it in my bedroom, and I also wouldn't want it listening to anything that people would talk about in the kitchen or picking stuff up from the hallway. I think I'd end up moaning about someone not tidying up the kitchen and then get grassed on, like when Alexa sent that recording to a random person from their contact list."

Alexa by the numbers

A short history of Amazon's smart home AI in stats 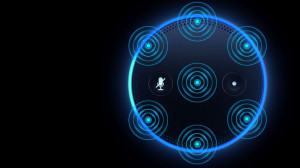 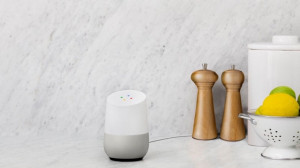 Google needs to open up Assistant

When it comes to third-party devices, Alexa is winning