The ultimate guide to Android Auto

Everything you need to know about Google's roadmap 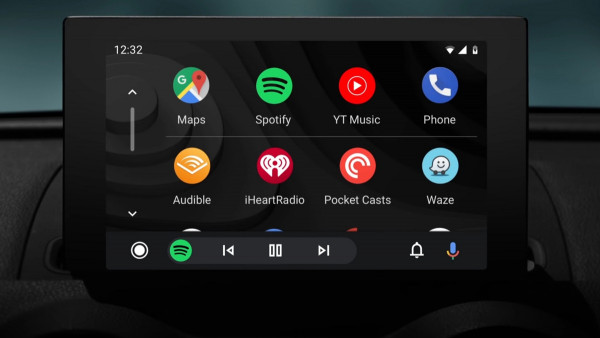 The Ambient is reader-powered. If you click through using links on the site, we may earn an affiliate commission. Learn more
David Nield
@davidnield
Friday

We all know it's downright dangerous to use our smartphones while driving, but that's an annoying limitation when they hold so much useful stuff: maps, traffic alerts, music, incoming messages from the group chat, and plenty more.

While infotainment systems have tried to take on some of this work, too many of them are slow and buggy. Apple stepped in to try to address the problem with CarPlay, and after that it didn't take long for Google to come along with its own solution, Android Auto.

But how does Android Auto work, and who supports it? We've got you.

What is Android Auto?

Android Auto is Google's infotainment system, a way for you to simply get information from your phone without having to commit the dangerous act of trying to navigate it while driving.

Your phone's apps, notifications, messages, music and maps all show up on the car's main display rather than your phone screen. Even better, you'll get the power of Google Assistant on the road, so Assistant can handle all your queries and commands, just like it can on your phone and on Google Home speakers.

Read this: Your ultimate guide to Google Assistant

The goal with Auto is to emulate your phone experience in the car, in a way that's safe to use. Whereas Google is always trying to find new ways for us to look at our smartphones and smartwatches, when it comes to Android Auto it's the opposite: you should be spending as little time looking at or interacting with it.

How do you get Android Auto?

There are two parts to using Android Auto: first you need a car with a stereo or infotainment system that supports it, either the one that came with the car or an aftermarket speaker set that you've installed.

There are now hundreds of cars with Android Auto support, and on the whole it's now standard for new cars too. You can also find it on a whole slew of aftermarket stereos, including options from Alpine, Pioneer, JBL, Sony, Panasonic, Kenwood, Unimax, Evus, Clarion, Mongoose, Macrom and more. Google has an official list you can consult.

Some car systems support Android Auto wirelessly, while on others you'll need a cable. It's the same with phones: Android 11 handsets support wireless use, as do Google and Samsung handsets running Android 10, otherwise you'll have to go wired.

Which apps run on Android Auto?

For mapping, Android Auto gives you both Google Maps and Waze to choose from. If you need to communicate with someone, Android Auto features support for WhatsApp, Kik, Telegram, Facebook Messenger, Skype, Google Hangouts, WeChat, Google Allo, Signal, ICQ (yes, ICQ) and more ŌĆō alongside the basic SMS, MMS and RCS.

If you're looking to blast some tunes, you've got Pandora, Spotify, Google Play Music, iHeartRadio, YouTube Music, Deezer, Amazon Music, doubleTwist and more. If you're looking to listen to some audio books or news broadcasts, there's Audiobooks by Audible, NPR One, MLB At Bat and plenty of other options too.

Google has also been tweaking the messaging experience, so you'll now see a preview of the text, but only when the vehicle is stopped. It's also finally letting you mute notifications. This seems like a feature that should have been there from there start but, well, Google's gonna Google.

Google has a big list of compatible apps in the Play Store you can check out. Unlike Apple's more closed system, which requires Apple and a company to work in support for apps, Google seems more freewheeling in letting whatever app wants access to Android Auto to get it.

How to set up and use Android Auto

Assuming you have either a compatible car or aftermarket speaker, and a phone that supports Android Auto (see above for details), getting started is very straightforward. Just plug your phone in and Android Auto will fire up automatically ŌĆō you can then carry on using it with a wire, or follow the on-screen instructions to go wireless (if your stereo and phone supports wireless).

You can operate Android Auto by tapping on the dashboard screen, or by saying "OK Google". On some models of car, you can also long press the voice control button to activate Google Assistant.

Once you're using Android Auto, you may notice that it looks a little familiar: it's essentially just your phone running on a different display. Everything is right there on your main screen, so you won't have to bounce in and out of apps like you do in CarPlay. Below the main screen, you'll see a little menu that gives you shortcuts to frequently used apps.

You can use voice commands such as "call home" or "message dad" to keep in touch with people hands-free. Other commands include "navigate to..." and then the address, and "play..." and then a playlist in a compatible app.

Many of the commands you can use on your phone or your smart speaker will work on Android Auto too, so don't be afraid to experiment.

The future of Android Auto

Whereas for some time Google's commitment to Android Auto was unclear, support has been ramping up in recent years, even if the improvements have sometimes been minor ŌĆō such as adding a weather icon to the nav bar.

Other updates rolled out recently include a panel showing frequently used apps, and an updated navigation bar at the bottom of the display for controlling multiple apps without leaving the navigation screen and losing sight of your directions.

It's also worth mentioning Google Assistant driving mode. If you've got a phone with 4GB of RAM or more, and running Android 9 or later, you can use it to get an Android Auto-like experience on your phone ŌĆō if you don't want to connect your handset up to your car stereo, it's worth considering.