The ultimate guide to Apple CarPlay

Everything you need to know about Apple's big car play 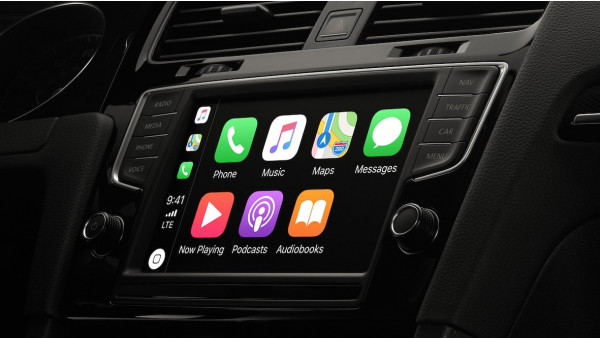 Smartphones allow us to connect with the rest of the world from anywhere, but there are some places where it's not the smartest thing to do.

Places like the car driver's seat; you don't want to constantly pick up your phone and take your attention away from the road.

It doesn't help that for a long time, and in many cases still, infotainment systems have been slow and not amazingly cooperative with our smartphones. Sure, you can stream your music and take some calls, but what about navigation? Apple's CarPlay (and Google's Android Auto) are two major stabs at making our cars more connected.

But how exactly does CarPlay do that, and how do you use it? Buckle in, buddy, as we've laid it all out for you in this CarPlay guide.

CarPlay is Apple's automobile infotainment system. Or put simply, it's a way for you to keep using your phone in a safe manner while driving, by taking all that information on your device and presenting it easily and usably on your car's in-dash system.

Your iPhone's contacts, messages, phone calls, music and some apps are available for use right on your car dash. You can access this stuff in one of three ways: voice commands via Siri, the dash's touchscreen, and with whatever nobs and buttons your car uses to control its infotainment system.

Siri commands are usually activated by a button on the steering wheel, which will allow you to dictate and listen to messages, take phone calls, request songs and ask for directions somewhere. The touchscreen will allow you to navigate the interface via a familiar grid of apps. As for the knobs and buttons, those depend on your car.

While most of CarPlay is about Apple's own apps, like Messages, Maps, Podcasts, Apple Books audiobooks, and Apple Music, there are a number of third-party apps that are available. WhatsApp is the alternative messaging app, for instance.

As for music, you've also got Spotify, Google Play Music, Amazon Music, iHeart Radio, Tidal, SiriusXM, Pandora, and more. If you're into podcasts, there's Overcast, plus CBS News. Other options include Audible and MLB At Bat (for getting your baseball on).

Google Maps and Waze are both supported on CarPlay, meaning you don't have to solely rely on Apple Maps. Also, thanks to Siri Shortcuts, you can sync together CarPlay features - like podcast and navigation - to work nicely with home commands.

The example Apple likes to use is setting up a shortcut where you tell Siri you're heading back home and it sets your thermostat, lays out your route and turns on your favorite music. With CarPlay, you'll be able to activate those right from your car as you finish up your day.

Apple has tweaked and prodded the design of CarPlay over time. For example, the iOS 13 update brought a new dashboard design that now shows more than one app at a time. It also changed some of the icons and animations, all in the name of keeping your eyes less on the screen and more on the road.

Opening an app on the connected iPhone will no longer switch what's happening on the dashboard, either. So if you've got Google Maps open and use your phone to open the Spotify app to change playlists, you won't lose sight of the directions.

Furthermore, Siri can now work with third-party apps too, so you can say stuff like, "Hey Siri, navigate home on Google Maps" or "Hey Siri, play Idles on Pandora."

Yeah, but how does it work?

CarPlay is a two-pronged system. It uses your phone to connect to a car's dashboard system, which has software support for CarPlay embedded in it. There are two ways that CarPlay interfaces with your iPhone.

The first way is through a wire. You simple connect a Lightning cable to your iPhone and set it down, your car's dash will pop up in CarPlay while getting a charge at the same time. The other way is via Bluetooth. Your car will need to support wireless CarPlay for this to work though, so it's a little rarer than wired CarPlay.

How do you get CarPlay?

There are two ways to get CarPlay, and both of them first require you to have an iPhone. Luckily, there's a pretty wide range of supported iPhones. If you have an iPhone 5 or later, you're good to go. If you have a compatible iPhone, the two ways to get CarPlay are either by buying a new car that supports CarPlay, or buying an aftermarket system to turn your current car into one that's CarPlay compatible.

If you do go the aftermarket route, you'll have a variety of options. Alpine, Clarion, JVC, Kenwood, Sony and Pioneer all offer car dashboards that support CarPlay. These will cost you around $300-$400 to get a new system for your car.

There is an exception to the aftermarket route though. If your car is a couple of years old and already has a newfangled connected system from your car manufacturer, you may not need to go out and buy an entirely new system.

Instead, you may just need to upgrade your current system and add CarPlay functionality. Unfortunately, car manufacturers sometimes treat CarPlay (and Android Auto) as premium features rather than standard ones.

How to set up CarPlay

So you have your hands on a compatible iPhone, you bought a compatible car or aftermarket stereo and you're ready to go. How do you set up this dang thing?

1. Plug your iPhone into the USB port marked with either a smartphone or CarPlay icon.2. Turn on your car.3. CarPlay should pop up. If it doesn't, press the CarPlay icon on the car's dashboard.4. Call Siri via either the voice control button on the steering wheel or holding the home button in the CarPlay dashboard for a couple seconds.

Alright, so you need to buy a new car and one of your dealbreakers is CarPlay. Which cars support CarPlay? As of 2020 there are now over 400 car models that support Apple's infotainment system, and that list is continually growing.

No matter which car manufacturer you choose, you should have at least one option. We're not going to list the full range of supported models here ŌĆō handily, Apple keeps a full list on its website, and it continually updates it as more cars are announced.

As time has gone on, more and more iPhone apps have added CarPlay support, but naturally there are only certain categories of app that are going to be a fit here.

Many of Apple's own stable of apps are supported. That includes the basics such as the phone and messaging apps, but also Podcasts, Apple Books (for audiobooks, mind), Calendar, and Music.

For podcasts specifically, we suggest taking a look at: Pocket Casts, Overcast, Stitcher, and of course Spotify.

So what's next for CarPlay?

CarPlay is clearly something that's here to stay. After all, cars aren't going away anytime soon, and as long as there are cars on the road Apple wants a seat. One major new feature could make it possible to actually unlock/lock your car using your iPhone or Apple Watch.

The 'CarKey' feature popped up in a developer update to iOS 13, which was spotted by 9to5mac. This won't necessarily rely on CarPlay to work, but we wouldn't be surprised to see some level of integration here.

Further, the iOS 13.4 preview reveals some other new changes coming to CarPlay, including support for third-party navigation apps to work on the dashboard view. The update will also add new card sizes for the dashboard ŌĆō again to ensure that the most important information is more visible at all times.