Everything you need to know about Dyson's range of connected devices 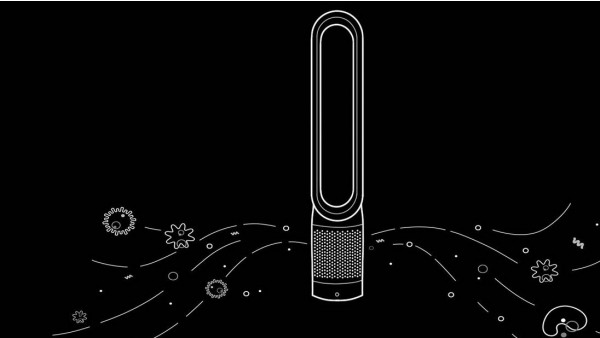 Dyson, the British company founded on the huge success of its revolutionary vacuum cleaners way back in the 1990s, is fast becoming a major player in the smart home world.

Sure, it has a smart robot vacuum cleaners - that's a given. But there's a lot more to Dyson when it comes to connected devices.

With a focus on wellness in the home, and with devices all connected via the Dyson Link app, there are a range of air treatment devices, smart lights and more.

While voice assistant support is currently limited to just Alexa - so no HomeKit or Google Assistant love just yet - the good news is the company's connected kit is ever evolving. For example, a recent update means that certain Dyson products are now recognised as devices within the Alexa app, meaning you can easily add their actions into routines and/or automations.

Read on for a guide to all of Dyson's connected smart home tech.

The clue of what actually is on offer is in the name when it comes to Dyson's huge range of connected air quality devices; Pure Hot+Cool, Cool Me, Humidify+Cool... you get the idea.

Let's start with the latest smart purifier, which has only just gone live; the Dyson Pure Humidify+Cool is a three-in-one machine that humidifies, cools and purifies the air in your house.

Packing a water tank to help keep rooms at an optimal humidification level, it is also able to kill 99.9% of bacteria, using a highly reflective PTFE tube through, with UV-C light. As water is pumped from the water tank, these UV-C light rays attack it, killing the bacteria. Silver woven into the fabric inside the 3D Air-mesh evaporator also prevents bacteria from growing.

Like other models in the family, there's an LCD display, which shows a real-time assessment of the air quality in your home. Lasers inside fans measure the particles, and offer air quality readings.

When it comes to purifying the air, all of Dyson's Pure range use a a HEPA, carbon-activated, filter that traps in 99.95% of all microbes and dirt in your air.

Devices such as the Pure Humidify+Cool and the Pure Hot+Cool (which acts as a heater but has no humidifying skills) can sense VOCs from the likes of paint, new furniture and candles, and NO2 from car pollution.

If you don't need heating or humidifying, the Dyson Pure Cool purifies and cools air and, like its multi-skilled siblings can also be set not to blow cold air by diffusing air rather than projecting, which is a must-have for winter purifying.

Another device that's worth a mention here - but isn't actually smart in the internet-connected sense - is the Dyson Pure CoolMe, which offers a unique ball touch panel to change the airflowŌĆÖs direction.

ItŌĆÖs designed to be a much more personal device; think on an office desk or a bedside table, so itŌĆÖs more likely to be manually adjusted by a solitary user who is positioned close to it while itŌĆÖs in action. Or, at least, in the same room; it does come with a little remote control that magnetically sticks to the front so you wonŌĆÖt lose it when itŌĆÖs not being used.

Pricing is as follows:

Born out of Jake DysonŌĆÖs (James Dyson's son) smart lighting division, the Dyson Lightcycle is focused on personal lighting and is not only concerned with the time of day and the activity itŌĆÖs supposed to be lighting, but also the userŌĆÖs age.

Dyson says itŌĆÖs designed to improve visual acuity and provide the right light for the time of day. There are built in, algorithm-powered cycles that will mimic the local daylight of wherever you are in the world; you can set your home city in the companion app.

The three warm and three cool LEDs on board offer a temperature range of 2700 to 6500 Kelvin, and feature a unique cooling method inside the main arm of the lamp to prevent overheating. Dyson says these LEDs will be good for 60 years. It's also got a USB-C port so you can charge your tech from it too.

The smart lamp - which can be also be controlled by the Dyson Link app, or on the device itself - comes in both desk and floor stand variations

The latest smart lighting solution from Dyson is the Dyson Lightcycle Morph. Like the original Lightcycle lamp, the Morph is focused on personal lighting, but it has a radical design, based around a polycarbonate composite stem and an optical head that can be rotated 360 degrees.

The Morph part of the name comes from the fact that it can morph into an ambient light, with a warm glow, coming from the stem when mounted.

The original Dyson robot vacuum cleaner went live way back in 2014 bus was still considered one of best in the business ŌĆō thanks to that famous motor and the company's vacuum heritage.

The 360 Eye looks quite bit different to many of its rivals in this ever-expanding tech genre. It's a taller, yet narrower offering than the usual fat-pancake design ŌĆō measuring in at 120mm x 240mm x 230mm. The story is that James Dyson was more concerned with navigating obstacles like chair legs than it was with getting under furniture.

There's a 360 panoramic camera on the top, which is constantly scanning the room to look at where it's going and where it still needs to visit. There are no additional extras ŌĆō virtual walls, barriers etc ŌĆō that need setting up with the Dyson, it's good to go right out of the box. That also means it's easy to move around the house to different levels.

A follow-up to the original Eye actually went live in China back in 2018, but has just been made available in the western world. The 360 Heurist has plenty of performance improvements to make it a better cleaner, but the most intriguing feature is night vision.

The Heurist has a ring of eight LEDs around its top camera that will ignite in poor lighting conditions, allowing the vac to carry on as normal.

The bot also has a processor that's 20 times faster than the last one. This gives the vac about 60% more detail about its environment, making it half as likely to bump into things. Dyson also claims it'll "nearly double" its predecessor's 40-minute runtime while also boasting more bristles that move at a faster rate.

The Dyson 360 Heurist costs ┬Ż800, it's not available in the US at the moment.

The Dyson Link app gives you access to live status of your Dyson connected machines, with a full screen dedicated to each model, which you can easily swipe through or tap on to explore your options.

For example, with the 360 Eye you are able to see the battery status of your robot, create schedules, see maps of previous cleans, and you can also remotely start a clean from your smartphone.

With the air purifiers you can replicate what you can do with the remote control - so pretty much control any aspect of its operation; fan speed, temperature, wind direction and so on. You'll also get nice breakdowns of the current air quality inside you house - and the app also uses location data to present you with the air quality outside of your home as well.