August View back on sale, with connectivity issues apparently behind it

It was yanked earlier this year, but the makers promise all issues are now sorted 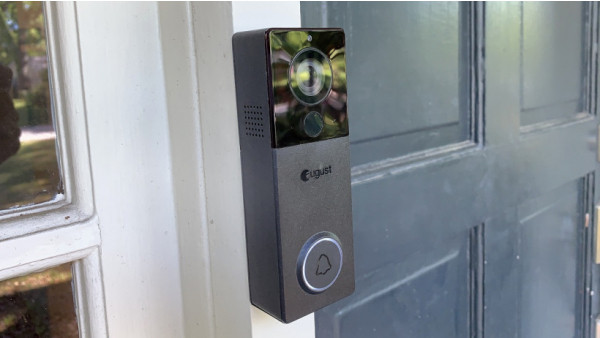 The August View, the smart lock specialist's wire-free doorbell camera, is available again, with the company saying it has made improvements to connectivity, video quality, operation speed, notifications and device wake-up time.

August originally halted shipping of the View doorbell camera, due to problems related to Wi-Fi connectivity, back in April.

As we noted in our August View review, the doorbell camera frequently disconnected from the Wi-Fi network, rendering it useless as a doorbell camera. August told us that it was using a new Wi-Fi chip in the View, specifically designed to run the battery-powered doorbell on low power until an event wakes it up.

But this chip appeared to be causing significant connectivity issues, regularly preventing users from viewing a live feed through the camera. The issue was particularly prevalent on mesh networks, something August was aware of and had been trying to resolve.

ŌĆ£Potentially because the Wi-Fi chip in the doorbell is very new it will have a different behavior based on different Wi-Fi access points you may be using,ŌĆØ a company spokesperson told The Ambient at the time of testing. ŌĆ£Specifically, with mesh systems, we think it switches access points, which lengthens the startup.ŌĆØ

Missing manual: Your guide to everything August

Featuring 1440p video ŌĆō that's 33% more pixels than 1080p HD ŌĆō a unique high-quality zoom, and a wider view than AugustŌĆÖs original video doorbell cameras, this third-generation doorbell camera looks great on paper; and we were certainly impressed with the integration with the August Lock when we originally reviewed it.

We'll publish an updated review soon. In the meantime, if you are convinced by August's fix promises, you can order one direct now for $229.