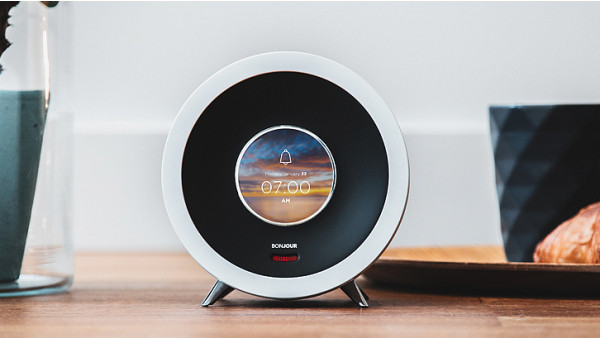 In December 2016 the Bonjour smart alarm clock racked up a huge amount of interest (and money) on Kickstarter. A few weeks ago - almost two years after crowdfunding success - Holi, the company making the alarm, emailed its backers to tell them it was in financial trouble. It could not fulfill order and it wouldn't be refunding people. Cue a lot of understandably angry people.

Now, the company has returned to tell backers that there is hope after all, but it's going to be a slow rollout as it reinvests unit sales into production. Since the email three weeks ago, the company has sold just under 300 units, and says this will allow it to fulfill orders for 130 backers.

Bonjour is a smart alarm clock similar to Amazon's Echo Spot. In fact, the Spot was announced long after Bonjour hit the scene, but with Holi taking so long to get its version off the production line and into people's homes, Amazon very much stole its thunder. After all, the Spot offers many of the same features - smart home control, weather updates, etc - but with Alexa doing the grafting rather than BonjourŌĆÖs proprietary AI.

When Holi told backers it was unable to fulfill order or even give them their money back, the company' Kickstarter page was flooded with people invoking their Kickstarter rights to a refund.

"Since Saturday the bonjour servers have been down so the smart dumb clock is now even dumber," wrote Craig Anderson on Bonjour's Kickstarter page, echoing similar comments from other backers. "2 hours later itŌĆÖs broken again. The 8 dots of death. I guess it is my fault as I asked it a question and it screwed the pooch," wrote Dave Fielding.

So what's going on? I mean, what's going on with all of this? We've contacted Holi to ask why devices are apparently broken, when they might be fixed, whether everyone will get their orders eventually, and how long it will take. We'll update once we get some answers.

"So 130 backers will be getting this product. My Kickstarter pledge was in the 5000 range. I will be retired (30 years from now) and not need an alarm at this rate," wrote Amelia Knapp on Bonjour's Kickstarter page. If Holi can't get orders out faster, hopefully it will do the right thing and find a way to refund its backers.