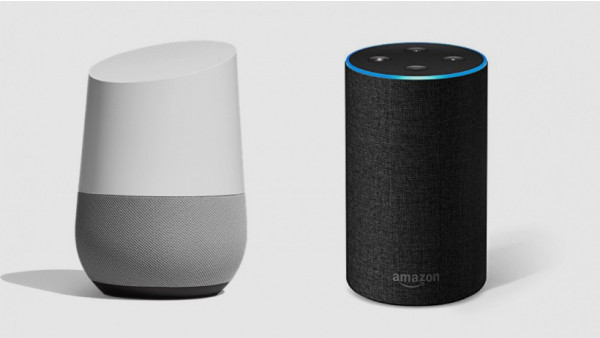 There's great news if you're the owner of a smart speaker but yet to hook it up to a music streaming service because you don't want yet another subscription in your life. And it's double great news, as it doesn't matter if you're a Google Home or an Amazon Echo owner. In fact, you don't even need an official speaker from either of the two.

On exactly the same day that Google announced a free version of YouTube Music for all Google Assistant speaker owners, rival Amazon announced that its in-house music streaming platform would also be available, gratis, on all Alexa-enabled devices.

What are the odds of that, on exactly the same day? It's almost as if they both know exactly what is going on at each other's HQs.

(The news also comes on the same day the two tech giants announced that the official app will come back to Amazon Fire TV devices and Fire TV Edition smart TVs, as well as telling us the Prime Video app will start streaming to Chromecast and Chromecast built-in devices... but we'll just pretend that didn't happen, or the conspiracy theorists will have a field day.)

See also: How to listen to free music on your Amazon Echo speaker

Back to the free music offerings and, of course, these are ad-filled versions of the streaming services. If Alexa's your DJ, we're told it's an "ad-supported selection of top playlists and stations". With Google's Assistant manning the tunes, you can have a YouTube Music genre, style or mood.

Individual songs, artists and album requests are reserved, on both platforms, for premium subscribers.

Both free services are live now - Amazon's just in the US for now, but YouTube Music is in 16 countries globally.