The platform will debut on 'smart screen' devices later this year 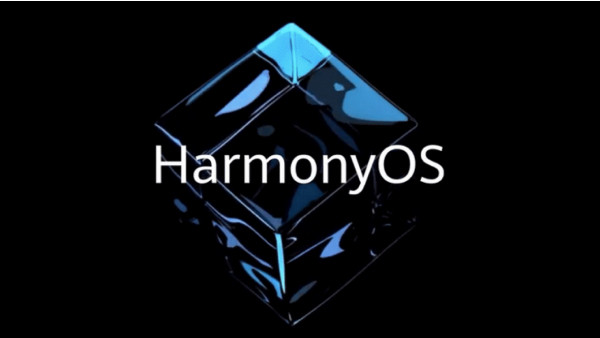 Huawei has unveiled a new operating system during its Huawei Developer Conference - HarmonyOS. The OS will be coming to Huawei's smart devices, including smart speakers, over the next year.

It arrives with the threat of a US trade ban still looming, which would result in Huawei being unable to offer goods running software from partners, such as Google and Microsoft. And though pressure has eased on this front, HarmonyOS appears to be an alternative-in-waiting to both Android and Windows.

ŌĆ£If we cannot use it [Android] in the future, we can immediately switch to HarmonyOS,ŌĆØ Huawei CEO Richard Yu said.

However, while Yu's comments suggest that it would only switch to HarmonyOS on phones or laptops if it were to receive a ban outside of its native China, there's a much clearer plan for implementation on other smart devices. The company indicated that the OS will debut on speakers and "smart screen products" - which we expect to mean smart displays and potentially a smart TV - later this year, before expanding through its roster of devices over the next three years.

A modularized #HarmonyOS can be nested to adapt flexibly to any device to create a seamless cross-device experience. Developed via the distributed capability kit, it builds the foundation of a shared developer ecosystem #HDC2019pic.twitter.com/2TD9cgtdG8
ŌĆö Huawei Mobile (@HuaweiMobile) August 9, 2019

The Huawei supremo also explained at the conference that the OS is "completely different from Android and iOS".

"It is a microkernel-based, distributed OS that delivers a smooth experience across all scenarios," he said. This means, in practice, that the OS can work across a range of device types, offering a unified experience.

Huawei backed up these claims with further details about the microkernel architecture. For one, it showcased what it's calling the OS's "Deterministic Latency Engine", designed to make sure that devices running HarmonyOS run efficiently and quickly. Going further, Huawei says that HarmonyOS can run fives times faster than existing systems, which would be an impressive margin, if it proves true.

Huawei has had some real issues with smart speakers recently, culminating in the cancellation of its collaboration with Google this summer. It's no surprise, then, to see that it also highlighted the security of the new system. HarmonyOS will not have any root access, it said, and employs a variety of verification techniques and systems to make it extra secure. Whether this wins over western developers and consumers will remain to be seen.

From the perspective of those developers, though, there are further incentives to get on board with the system. Huawei explained that the OS features an IDE (integrated development environment), meaning that "HarmonyOS can automatically adapt to different screen layout controls and interactions", which should lead to more quicker design and development times.

Huawei says HarmonyOS 1.0 will roll out on newly launched smart devices later this year, before spreading throughout its product portfolio over the next three years.

We'll be sure to cover it as it deploys to any smart home devices.