Don't pick up the remote, LG is turning your 2020 TV into a smart speaker 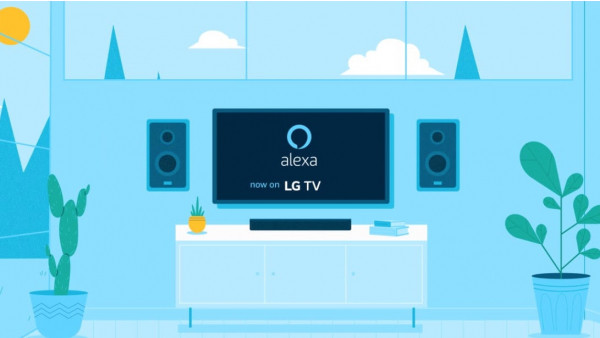 LG has announced that Amazon Alexa can now be called upon, hands-free, with it's top-end 2020 TVs.

As part of a firmware update, there will be no need for users to use their remote controls to push an Alexa button before making use of Amazon's voice assistant - they will simply have to say the "Alexa" wake-word within earshot of their television set.

You'll have to agree to the update when the option pops up and then configure the auto-Alexa setting using either the Alexa app from the LG TV home screen menu bar or by long pressing the Prime Video button.

It's fully fledged Alexa, of course, with the full range of smart home voice controls on offer, not just TV settings.

LG started singing and dancing with Alexa way back in 2018, but only as a device that could be controlled by an Alexa smart speaker.

Alexa was then baked in last year but users needed to use their remote controls to access the voice assistant so, this hands-free experience is the logical next step. Users can still choose to use the button method if they want, as well.

LG also offers Google Assistant on a lot of its top models and you'll often find that the Korean company's high-end TVs are also Apple friendly too, with the likes of HomeKit, AirPlay the Apple TV app all present and correct too.