It's pumping a lot more work into Bixby 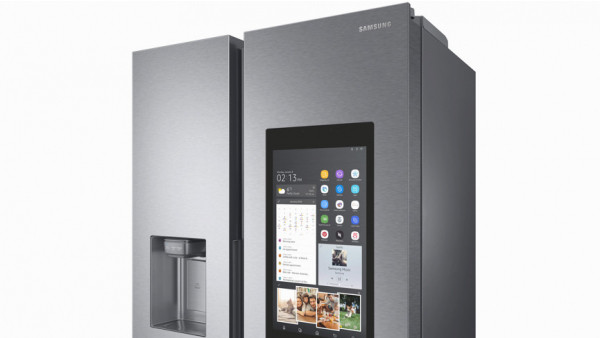 Samsung is chasing AI aggressively, with plans to integrate Bixby voice control and internet connectivity into all of the devices it sells by 2020 - but probably sooner.

Samsung Consumer Electronics CEO Kim Hyun-suk recently told as much to the Wall Street Journal, reiterating a statement back made at CES. However, at the Connections smart home conference in San Francisco this week, Brett Worthington, Samsung global VP of business development and partnerships, said the company is actually ahead of that target and should have everything connected by 2019.

"The vision was to connect all Samsung devices by 2020. We're ahead of that strategy, we'll have all Samsung's devices connected to the cloud by 2019." Worthington also said a new Samsung phone, coming later this year, will bring some significant new features around the smart home - presumably a reference to Bixby 2.0.

Read this: Getting started with Samsung SmartThings

There are of course a lot of devices that will be connected here - TVs, robot vacuums, fridges - on top of the obvious things like phones and smartwatches, all with Bixby at the center. But Bixby is lagging behind rivals right now due to SamsungŌĆÖs late entry to the market. Samsung also just announced that itŌĆÖs opening three new AI research centers in the UK, Russia and Canada to advance BixbyŌĆÖs capabilities.

Naturally Samsung hopes its AI expansion will mean more people gravitate towards its products, but Worthington said the company is open to partnerships, something thatŌĆÖs evident in the companyŌĆÖs history. Its SmartThings platform is compatible with a lot of devices and protocols, letting it play nice with Alexa, Google Assistant, and bounds of gizmos that arenŌĆÖt Samsung-made.

Yet despite all the work it's putting into Bixby, Worthington suggested that Samsung may be taking a voice-agnostic approach to the smart home. "We believe you should be able to choose your assistant and make it very easy."