Whatever vision Steve Jobs had, it died in Vegas 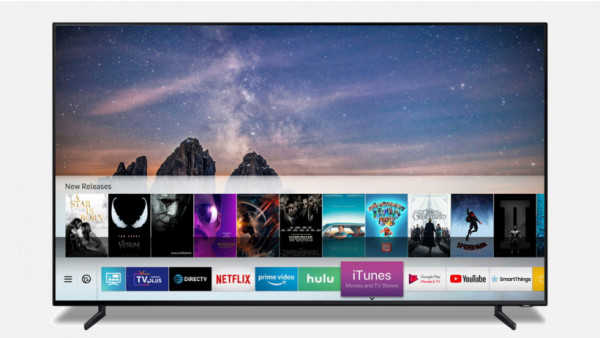 Forget towering billboards sent to troll Google and Amazon in Vegas. I'm more interested in the stream of Apple namechecks that took place over the course of last week, despite nary a single Cupertino exec showing their face at the show.

In an industry first, several TV manufacturers - Samsung, LG, Sony, Vizio - announced that AirPlay 2, Apple's wireless audio/video service, will soon be supported on their smart TVs. All these manufacturers bar Samsung will also support HomeKit, Apple's smart home protocol. But don't feel bad for Samsung - it's inked a deal to get Apple's iTunes service on its televisions - another first.

And the fun didn't stop there: Apple's malnourished HomeKit had a big year with support from tons of manufacturers - a payoff for Cupetino's decision to make it easier for third parties to make their devices HomeKit-friendly.

This is the Eddy Cue era of Apple

But let's go back to the TV. With Apple moving its services to other companies' platforms, it's leaving the Apple TV box high and dry; as these services start to integrate across a spectrum of third-party TV sets, the set-top box has little purpose.

Not only that, but surely this all dashes any hope of Apple ever making a smart TV set of its own.

Throw away your television

Rumors of an Apple TV set have circulated for years, and Apple has only stoked the fire. Tim Cook has, on more than one occasion, called the TV an area of "great interest" for the company, while Apple services chief Eddy Cue said the television "needs to be reinvented". Steve Jobs famously told his biographer Walter Isaacson that he'd "finally cracked it," describing his vision of an "integrated television" that would be easy to use. "It will have the simplest user interface you could imagine".

Personally I doubt Jobs' grand vision for the future of TV was as fully formed as people give it credit for. The quote has become something of a legend over time, analyzed beyond meaning, but whatever vision there was - and I'm sure there was something - this is not it. You can argue that Apple has done good things for the TV interface (and bad things for the TV remote, let's be honest) but if Jobs had a plan to revolutionize television, it wasn't about sharing its services with other manufacturers.

Which means the Apple TV dream is surely dead. And in all likelihood, what we've ended up with instead is better for everyone in the long term.

Because yes, Apple could have produced an integrated TV: one that runs tvOS, dynamically adjusts to content and works nicely with all of its other gadgets. I'm sure it would have looked great. Would it make a lot of money for Apple in 2019? Probably not. Selling set-top boxes has, at least until now, made more sense, but from a money-making perspective the TV space is a tough one. Short of a true TV revolution, Apple could easily fail.

Instead, Apple is turning to services and sharing, including $1 billion on original programming. This is the Eddy Cue era of Apple. And perhaps these moves are a microcosm of a larger shift for the company, which is easing control of its ecosystem, opening its services to others and relying less on its own hardware to drive the profits. Rumors also suggest the company will launch its own Netflix-style streaming service later this year, which would perhaps mean iOS users are favored by TVs running AirPlay 2 and iTunes.

Whatever the case, Apple's vision for the future of TV is surely different to whatever it once was. One where it's finally opening some holes in that famous walled garden.