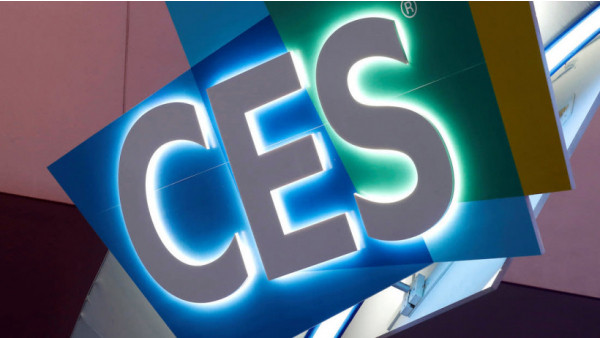 CES 2021 may have been a little - actually, a heck of a lot - different to how the show usually goes down, with keynotes, launches and exhibitors showing of their new tech virtually this year; but that doesn't mean it's been a CES devoid of great device launches.

Read on for our pick of CES 2021 'top picks'... launches that really made us sit up and take notice.

You simply plug in a Command hub and two Senses (wall plug-ins) and they transmit a Wi-Fi field that's constantly watching for any "bags of water" to move through it.

If it detects one while its armed, the system can trigger a built-in 80dB alarm. It can be self-monitored from its app, or you can sign up for professional monitoring.

The Roborock S7 is the Chinese brand's most advanced yet, when it comes to mopping.

We've seen a mopping feature on a range of the latest Roborocks, such as the S6 Max V and the S5 Max, but the S7 is the first out of the stable to feature sonic mopping and an intelligent automatic lift.

The mopping pad is an ultrasonic vibration plate so, rather than a wet pad simply wiping away at your hard floors, it adds a bit of extra scrubbing to the process.

The lift feature detects if the S7 leaves a hard floor area so the wet pad is actually lifted up to prevent it leaving wet streaks.

There's no digital assistant on board, but it can be added to either an Alexa multi-room setup or a Google Home multi-room group.

Despite the Alexa Multi-Room Music (MRM) initiative being live for developers for over 2 years now, the take-up from brands is slow going; only Marshall had previously offered up compatible speakers so far.

So it's great to see Sony getting involved with such a high-end, great looking speaker.

It took a while, but Lutron Cas├®ta has finally taken a step outside, launching its new Cas├®ta Outdoor Smart Plug.

Arguably the most connected smart lighting control system out there, Cas├®ta is compatible with Alexa, Google Assistant, Smart Things and HomeKit, but outdoor lighting control had been a hole the portfolio.

One which this sizeable smart plug will ably fill. With an IP65 rating ŌĆō meaning it can survive blasts from a hose or the heaviest rainfall, it's housed in a polycarbonate similar to the type found on armored cars, and filled with a potting material that completely encases the electronics.

Packing both Z-Wave and Zigbee radios, the new Ezlo Secure is compatible with more than 27,000 smart home devices.

But it's the extras on board that really make it stand our from the smart home hub crowd. It's designed to keep your smart home running even if your internet connection fails, or your power gets cut.

It packs in a battery backup power option as well as LTE connectivity to keep your devices online.

It's also one of the first devices to feature the Z-Wave 700 Series Module, as well as Z-Wave LR.

You can wire a Hue Wall Switch Module into your existing light switch, so your smart bulbs are always usable, no matter the state of the switch.

Using the Hue app you can program the module to do what you want when the switch is turned off or on. The obvious choice being have it initiate a scene that turns the light off, but leave it still powered on.

You can assign up to three "scenes" controlled by switching the light on, off then on again.