Z-Wave explained: What is Z-Wave and why is it important for your smart home?

Everything you need to know about the smart home wireless standard 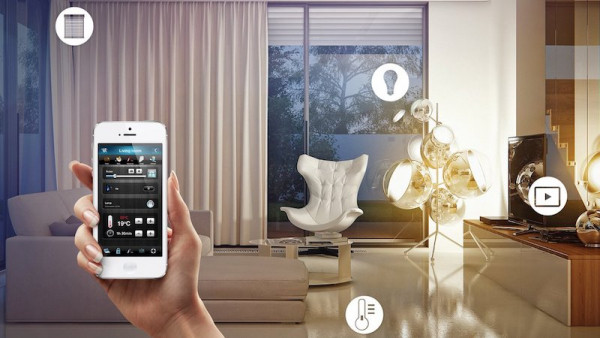 If you've been stocking up on top smart home kit, you've probably noticed a Z-Wave logo on many of the boxes of your connected devices. And chances are, you've wondered to yourself, "What is Z-Wave?"

If that's the case, you've come to the right place. Here, we'll explain exactly what Z-Wave is, why it matters and what you need to know in terms of your smart home setup.

So, what exactly is Z-Wave?

Z-Wave was born from an idea by Danish company Zensys in 1999, it came to the US in 2002. Z-Wave, like Zigbee, is wireless protocols that essentially focus on connectivity within the smart home.

Hold up: What is Zigbee?

As the smart home's popularity explodes, more and more connected devices are being added to people's houses. A lot of these devices ŌĆō sensors, lightbulbs, heating controls, locks, plugs and the like ŌĆō pack in Z-Wave to talk to each other.

In fact, there are more than 100 million Z-Wave devices in smart homes worldwide, with over 3,500 Z-Wave enabled devices to choose from.

A much lower power alternative compared to Wi-Fi, but with a much bigger range than Bluetooth, Z-Wave operates using low-energy radio waves to communicate from device to device.

Also, keep in mind that another protocol called Thread is set to play a major part in the future of the smart home.

What is Z-Wave Plus?

You may have seen the phrase "Z-Wave Plus" being used for the latest smart home devices. Essentially, it was a major upgrade to the platform that went live a few years backŌĆ” but looks good on marketing material.

Z-Wave Plus, aka Z-Wave 500 series, took the technology that was launched way back in 2004 and added things like an increased range, extended battery life, OTA upgrading and additional RF channels.

If you're buying a Z-Wave product nowadays, it's highly likely that it will be Z-Wave Plus.

The Z-Wave Plus V2 certification program is the latest version. It includes enhanced S2 security framework as well as SmartStart, a setup feature that enables true plug and play for the consumer smart home.

As of July 2021, Z-Wave states that around 900 devices have the S2 security framework and there are almost 500 devices certified with SmartStart.

Z-Wave's 700 series, which actually went live in 2019 but has only recently been seen included on devices, makes things even snappier and longer lasting, with 64% less power used and far superior memory and processing power.

How does Z-Wave work?

Getting technical for a moment, Z-Wave operates on the 800-900MHz radio frequency range, but the only reason that you might care about this is that, unlike Zigbee which operates on 2.4GHz (a major frequency for Wi-Fi), Z-Wave doesn't really suffer from any major interference issues.

Unlike Wi-Fi, where devices have to connect to a centrals hub (usually a router, or another access point), Z-Wave devices all link up together to form a mesh network.

Ther central smart home hub you use to manage your Z-Wave devices does connect to the internet but the devices themselves ŌĆō sensors, bulbs and so on ŌĆō don't have Wi-Fi at all, they just use Z-Wave connectivity to talk to the hub, and that connectivity doesn't have to be direct; the mesh network means signals can hop from device to device.

The technical term is "source-routed mesh network topology". Stick that one in your locker if you want to impress your pals.

Not all Z-Wave devices can repeat a signal though, some can just transmit their own. That's why Z-Wave repeaters are popular; essentially an 'always-on' mains powered device such as a smart plug that can receive and send on a signal from another node back to the hub.

What is Z-Wave LR?

Z-Wave Long Range will probably make repeaters a thing of the past though. Announced in September 2020, Z-Wave Long Range promising up to a 4x wireless range compared to regular Z-Wave signals.

You can have up to 232 nodes on a standard Z-Wave mesh network ŌĆō that's 232 devices to you and me. It's a far cry from the 65,000+ nodes available on Zigbee, but we'd guess that it's still enough for all your Z-Wave packing smart home kit.

Z-Wave LR will bump this up to over 4,000 nodes on a network though, so it's heading in the right direction.

Standard Z-Wave boasts a range of 100m for point-to-point contact (4x that for LR, remember) and operates at such low power that some sensors will last 10 years on just a coin cell.

With sensors ŌĆō think temperature, motion, door/window and the like ŌĆō fast becoming one of the most common smart home devices, this is obviously a big deal.

Z-Wave SoCs (systems on a chip) could also be fitted into furniture and hard to reach places inside walls and so on, to make the mesh network even stronger. And the good news is that Z-Wave is completely backwards compatible, so new Long Range devices will work just as well with devices from years gone by and devices launching in the future.

Described as "the safest, most secure ecosystem of smart devices on the global market", Z-Wave uses the same AES-128 symmetric encryption as Zigbee. It's not totally hack-proof (what is?) but most smart home vulnerabilities are down to login procedures on a device's software, not their connectivity.

Who and what uses Z-Wave?

Z-Wave's big win is that its devices are completely interoperable. All Z-Wave devices, without exception, work with other Z-Wave devices ŌĆō and that's down to the Z-Wave Alliance being owned and maintained by a private organisation.

Sigma Designs bought Z-Wave from Zensys back in 2009, and Silicon Labs recently acquired the business for a cool $240 million, and is responsible for signing off on the software and hardware of Z-Wave Certified devices.

The Z-Wave Alliance now boasts more than 700 members, with more than 3,300 certified products from these brands out there in the world.

There are a staggering 100 million+ devices on the market with Z-Wave inside; that covers 70% of the smart home market.

The future of Z-Wave

ŌĆ£ItŌĆÖs a process getting there and the first process was really getting the Z-Wave Alliance, and Z-Wave in general, out as an independent platform away from Silicon Labs. You can imagine that was quite an effort. We actually achieved it in eight months, which is somewhat of a miracle,ŌĆØ Mitch Klein (Executive Director, Z-Wave Alliance and Director of Strategic Partnerships, Silicon Labs), told us recently.

ŌĆ£The next step is creating the Z-Wave open stack, which will enable other silicon companies to jump in.ŌĆØ

Z-Wave: Should you care?

The good thing about Z-Wave is, while it will without doubt make your smart home setup more seamless, you don't actually have to do a thing to make the most of it. Z-Wave devices will find each other in your home, creating a stronger mesh network, and it's up to you if you want to take things further by linking different branded kit up using apps or the hubs mentioned above.

The rise of big name smart assistants built into speakers such as the Amazon Echo or Google Home also means that, thankfully, you don't need to care too much about what protocols your smart devices are running on. There are some benefits to having all of your devices running on the same protocol ŌĆō a single app being the biggie ŌĆō but the reality is that's extremely unlikely especially given how low-power Z-Wave isŌĆ” it's no good for HD video on security cameras, for example.

So, while it's a good idea to look out for that Z-Wave Certified sticker on the box, there are always other ways of getting your connected kit playing nicely across different platforms.

Although Z-Wave kit talks to each other across the network, many systems with it baked inside are still very separate and have their own apps and hubs. However, there are a load of great Z-Wave options out there, both hardware and software, for getting everything running under one roof.

On the hardware hub side, the Wink 2 and Samsung SmartThings do a great job of not only throwing all your Z-Wave devices together, but they are also Zigbee compatible, so can offer some cross-platform automation options too.

For specific Z-Wave hubs, check out the Aeon Labs Aeotec Z-Wave Z-Stick ŌĆō which simply plugs into your PC's USB port ŌĆō or the VERA Edge.

Because of the open nature of Z-Wave, many of the brands with Z-Wave kit have great apps that not only control their own native devices, but also third-party Z-Wave tech. Check out the big names such as Wink, Samsung, Insteon and Abode, but also consider openHAB, Homey, Home Assistant Companion and Imperihome.