Thread smart home explained: Everything you need to know about the wireless protocol 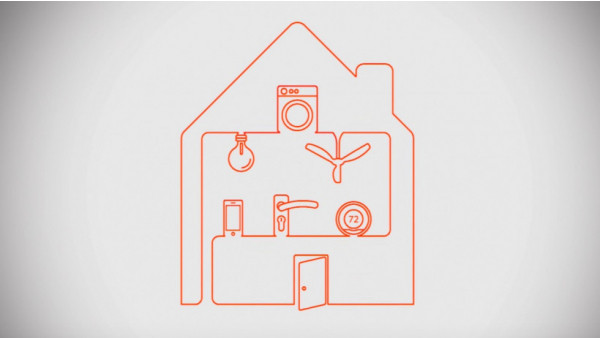 Nobody really paid any attention to The Thread Group before Apple joined back in August 2018, even though the likes of Google and Amazon were already members.

Instead, all of the attention has been focused on Zigbee and Z-Wave, the established standards of the smart home, and for good reason.

There are a number of smart devices out and about that support both, and major players like Samsung, Abode and Amazon even make hubs for them.

But Thread could yet be the single most important wireless protocol for the future of the smart home. And it's a future that's already begun - Google has a Thread radio in some of its latest smart home devices and Apple has gone a step further by enabling Thread connectivity within the HomePod Mini and the new Apple TV 4K.

But what exactly is Thread, how does it work, how does it tie-in with Project CHIP and how is it going to make your smart home better?

Here, we explain all.

What is Thread and how does it work?

The Thread Group feels that it can be difficult to get devices to talk to each other, and that when they do talk, connections can be spotty and soak up battery life on mobile devices. Thread is therefore aimed at securely connecting devices without blowing through battery life.

The devices connect to each other without a single point of failure, which also means the network can "self-heal." So if one device goes down or a connection becomes spotty, the network can adjust and carry on without breaking.

Right now, when you're trying to pool your smart home devices together into routines, you use services like HomeKit, IFTTT, Alexa and Google Assistant. They essentially act as remotes that make it seem like your devices are working together seamlessly. Like when you say good night and your door locks and your lights turn off.

Thread, on the other hand, would let your devices directly talk to each other. So your smart lights from Philips could talk to your from LG refrigerator without a hub or a service getting in the middle of it.

It also uses AES encryption, which Thread Group says closes holes that are present in other networking protocols. It's worth noting that Zigbee and Z-Wave also use AES encryption, though Thread also uses banking-class, public-key cryptography to back it up.

As for how many devices you can use, a Thread network in your home can support over 250 devices with multiple hops. Then there's energy use: Thread Group says Thread's power efficiency means that devices running on AA batteries will last for years, as it runs on the power-efficient IEEE 802.15.4 MAC/PHY and uses short messaging between devices to conserve power.

The good news with Thread is that it's a technology that can be enabled in some older devices using firmware; as long as devices support the 802.15.4 protocol then they can be upgraded to support Thread.

But what does that all mean for you?

Thread should mean that your smart home devices work faster, more securely and with less issues than ever before; especially compared to Bluetooth and Wi-Fi devices.

Take, for example, the new Nanoleaf Essentials smart lights, which have Thread on board. These are HomeKit compatible smart lights that, in the time before the HomePod Mini, would have used Bluetooth to connect to a HomeKit Hub.

And that's fine, sort of - but Bluetooth is notoriously laggy and so you don't get an instant result following a voice command, press of a button in the Home app, or via a HomeKit automation.

And while the likes of Zigbee and Z-Wave are super fast, these aren't protocols that Apple plays particularly nicely with.

And, the fact that Apple has enabled Thread is a big deal. Especially as Thread ŌĆō alongside Wi-Fi and Bluetooth ŌĆō is a pillar of the upcoming, open application layer standard being developed by the CHIP (Connected Home over IP) Project.

Late in 2019, the big boys of tech teamed up with the Zigbee Alliance, to create the Connected Home over IP Project; an initiative to "simplify development for manufacturers and increase compatibility for consumers" in the smart home world.

CHIP was based around a shared belief that smart home devices should be secure, reliable, and seamless to use.

The plan was to make it simpler for brands and manufacturers to build devices that are compatible with the likes Alexa, Siri, Google Assistant.

Thread is one of the main technologies touted to run the Project CHIP show, which will come to life as Matter, later this year.

Explainer: What is Matter smart home

"The Project will define a specific set of IP-based networking technologies for device certification," reads an explainer on the CHIP website. "We expect that compliant devices must implement at least one supported technology and not necessarily all.

It has recently been revealed that brands participating in the Project will be able to get smart home devices certified for the standard by late 2021.

Who is The Thread Group?

The Thread Group is, well, a group of companies with an interest in developing and supporting Thread. Its board consists of executives from the likes of Apple, Google, Yale, Qualcomm, Lutron, Somfy and Siemens.

The Thread Group isn't exactly a standards body. Instead, it considers itself a group focused on educating the market and developers on the benefits of Thread, hoping to expand its reach. It also does certifications on Thread technologies and products.

Thread Group's membership list reads as a who's who of the smart home world. There's Apple, Google and Amazon, which is important as they're the big three of smart homes. But just as important, there's the likes of D-Link, Eero, Kwikset, LG, Lutron, Bosch, Samsung, Signify, Tado, LG, Somfy, Tado and Yale.

Are there any Thread devices?

Yes indeed. As mentioned, the HomePod Mini was the first hub to open up its Thread radio and the likes of Nanoleaf and Eve have already started offering HomeKit devices that are Thread compatible. Apple also enabled Thread with the 2021 Apple TV 4K.

Here's the thing: Thread can be added to nearly any device with a simple software update. As long as these devices support the 802.15.4 protocol then they can be upgraded to support Thread. That's the route Eve has taken with its first wave of Thread-compatible devices.

Google Nest already uses a combination of Thread, Wi-Fi, and Bluetooth to get its devices to talk to each other. It's been doing this since way back in 2016. You can thus see all the potential benefits of Thread in the Nest Guard, Protect and Detect devices.

Each of these Nest devices can therefore talk to each other and act as a hub for the Nest. During our review of the Nest Secure, our power went out and our entire security network, which includes the Guard base and Detect sensors, worked perfectly fine on battery power. They were still able to talk to each other despite our Wi-Fi being down.

Google has also put a Thread radio in some of its smart home devices such as the Google Nest WiFi system and the Nest Hub Max.

However - you can't really do anything with them yet; there's not a simple way to add Thread devices like bulbs and smart sensors onto the network. At least not yet.

However, the 2021 2nd-gen Nest Hub could be the device that gets Google properly into the Thread game. Although the Thread radio on the new smart speaker with a screen is not yet activated, we're told that it is "Thread//CHIP ready," and will be ready for use in your smart home, once the CHIP protocol is widely available.

Combine all of this, and the likes of the Nanoleaf Essentials range and its compatibility with the HomePod Mini point towards a smart home future where Thread is a major player.