Zigbee vs Z-Wave: We help you decide which is best for your smart home

What are they and how do they differ? 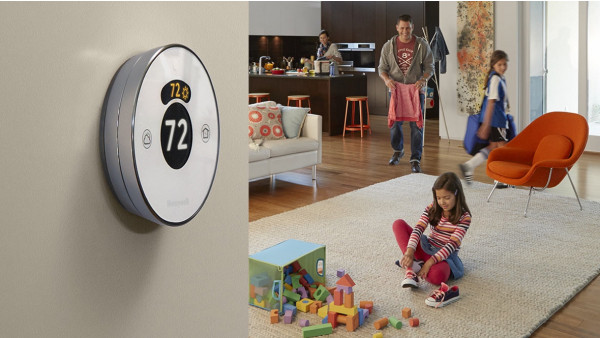 To ensure all of your smart home gadgets can remain in sync with one another, wireless protocols exist for hubs ŌĆō and the two biggest names behind this magic are Zigbee and Z-Wave.

Wireless connection is at the heart of these two standards, but there are important differences between the pair to understand before you dive in. Essentially, think of them as two different ways to bypass Wi-Fi or Bluetooth and connect devices, like smart home hubs to lights, and more.

Below, we'll go through the big smart home devices compatible with both standards, as well as comparing the benefits of both in action, and helping you decide which is best for your smart home.

Zigbee vs. Z-Wave: The differences

Before we dive into the devices, we'll take a look at how Zigbee and Z-Wave differ. Yes, they're both mesh networks, but ones that operate quite differently. Here's what you need to know.

Zigbee can support way more devices at a given time ŌĆō 65,000+ devices, or nodes on the mesh network, in fact.

Z-Wave, on the other hand caps out at 232 devices, which, let's face it, is still more than enough for most households - although that number will increase ten fold thanks to the launch of Z-Wave LR.

Zigbee is an open standard run by the Zigbee Alliance (actually now known as the Connectivity Standards Alliance), whereas Z-Wave was run by Silicon Labs, which had stricter controls to make sure every Z-Wave device works with every Z-Wave controller.

However, in late 2019 there was big news that Z-Wave was set to open up the standard "as a ratified, multi-source wireless standard available to all silicon and stack vendors for development".

Alternative: What is Thread

In February 2021, Vivint joined the alliance.

Zigbee has seen some pretty big changes too; Apple, Google and Amazon announced, alongside the Connectivity Standards Alliance, the creation of the Connected Home over IP project (Project CHIP); an initiative to simplify development for manufacturers and increase compatibility for consumers in the smart home world.

Project CHIP is now moving out of the ideas stage and into the real world - and it will have a new name for when it does: Matter.

The Matter moniker and logo will appear on all compatible smart home devices in the future, with the plan being it will be easier for consumers to identify devices that will work within their smart home ecosystem; whether that be Alexa, HomeKit, GoogleŌĆÖs Assistant, SmartThings, as well as others.

It's important to understand though, that while Zigbee is right behind Matter, Zigbee as a protocol won't be used for the devices.

Zigbee and Z-Wave are both mesh networks ŌĆō meaning the signals can hop from gadget to gadget around the home and each device or sensor doesn't need to connect to Wi-Fi ŌĆō but they usually have a central hub which connects to the internet.

Z-Wave allows up to four 'hops' between the controller and the device, whereas Zigbee doesn't have a limit.

Zigbee and Z-Wave are equal on security

Both Zigbee and Z-Wave use the same AES-128 symmetric encryption and claim that they are safe and secure from hacking.

Well, nothing is 100% secure, but it's worth knowing that these two big standards are taking the same robust approach.

Zigbee 3.0, however, unifies all these protocols so that they can work together. Lux, for example, offered the first thermostat to win Zigbee 3.0 approval, allowing it to talk to any device that has a Zigbee badge on it. This is how Z-Wave actually works ŌĆō it's a unified standard.

Z-Wave operates at the low frequency 918/960 MHz band, meaning interference is minimal for Z-Wave and possible on Zigbee. Still, Zigbee is faster with data rates at 40-250 kbps, versus Z-Wave's 9.6-100kbps.

Z-Wave vs. Zigbee: The devices

With Zigbee there around 2,500 products from 400 members of the Zigbee Alliance. Z-Wave has more than 4,000 supported devices and more companies signed up ŌĆō 700 members.

When considering the popular, premium smart home brands and products, we'd say Zigbee slightly has the edge ŌĆō but which one is best for you depends on what smart home kit you already own and what you're looking to add.

Devices that work with Zigbee

Devices that work with Z-Wave

Many big name brands also support the Z-Wave standard ŌĆō and you can see all the certified products on the official website. Here are some of the highlights:

Zigbee vs Z-Wave: Which is best?

It's still not clear whether Zigbee and Z-Wave will grow side by side, or whether one will eventually win out. It's certainly a quieter battle than the one going on between Google and Amazon.

We're only just starting to see smart speakers with Zigbee and Z-Wave built in, but expect to see more. For now, home hubs like Wink and Samsung SmartThings support both standards. You don't actually have to pick either Zigbee and Z-Wave, then, but if you're trying to keep things simple and reliable, you might want to choose a side.

If you're planning to stick to the big names in smart home (perhaps you already have some) and you want a faster connection, Zigbee might be worth considering. For a larger range, potentially more reliable connections and a better chance that all the compatible devices will work with each other, go for Z-Wave.