Could Amazon, Google and Apple hold the smart home back? 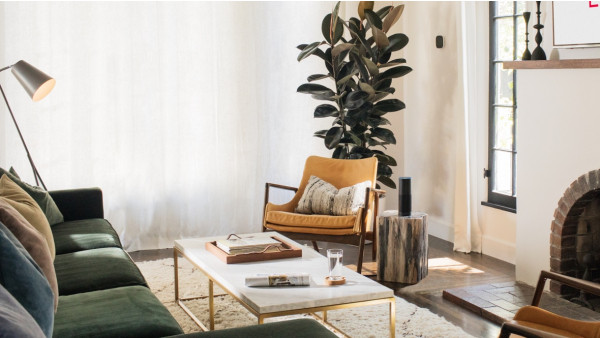 There's no question that Amazon Alexa, Google Assistant and Apple HomeKit - the big three smart home systems - are helping the smart home to grow. Trends like voice control and home automation routines are sending thousands if not millions people to smart light, thermostat and camera makers.

That includes people who just weren't interested a few years ago - the ecosystems are new, the devices haven't changed too much in the past two to three years - and 40% of people, according to Parks Associate research, now think it's either 'important' or 'very important' for home tech to work with Amazon and/or Google's voice assistants.

"ItŌĆÖs undeniable that the smart home market is growing at an accelerated rate and one of the reasons is the rise of voice control technology," says Netatmo CEO Fred Potter. "In the UK alone, voice controlled smart devices are expected to hit a household penetration of 40% by this year. Consumers can already use GoogleŌĆÖs, AlexaŌĆÖs and AppleŌĆÖs voice assistants with our Smart Thermostat to control their heating, meaning they can change the heating through any format they want. This proves how voice control adds to our customer experience because of its usability: it is easy to use and faster."

It's exactly that - speed, simplicity and ease of use - which is behind the success of Alexa and Google Assistant in the home. Commands are short and easy to remember. Devices can be wireless and controlled by slick app interfaces not tangled cables and intimidating web interfaces. Many of these products pass the grandma test. But what are we missing out on when we keep things as simple as possible?

This question is something that concerns George Yianni, the creator and head of technology for Philips Hue, one of the most popular smart home brands and one that's expanding its capabilities all the time. The answer? A richer, more fully featured smart home.

Most recently, it launched its Hue Sync app so that smart light bulbs can mimic the colours, patterns and beats of videos, music and games to enhance the immersion. In macOS and Windows 10, you can tweak the brightness and speed of how the lights change from Subtle or Intense mode. It's the kind of feature that doesn't necessarily benefit from simplified, general voice commands.

"I think the threat that the brands have, is that if they become too dominant then they will dictate the experience or functionality that those brands offer," says Yianni. "And for us we donŌĆÖt like that because we feel we have a lot of innovation we can offer in the use cases. We fully believe that we have a meaningful, compelling choice to make with a simple smart home experience that Alexa can offer, or an experience that has more richness on the lighting side ŌĆō also via Alexa if they also have our operating system."

We put the question to a few other smart home tech makers (who don't have their own voice assistant ecosystems) but the typical response was that they declined to comment or weren't available. After all, it's a tricky subject for these companies to talk about - right now at least they are, to varying degrees, dependent on Amazon, Google and Apple in the manner of app developers or accessory makers for Apple products.

The topic of simplifying features for voice controls and eocsystem apps does crop up, though. When we spoke to Tado co-founder Christian Deilmann at this year's MWC, he compared Amazon favourably to Google when it comes to supporting all the features in the Tado app on the voice assistants. In November 2017, 24% of Tado users were using one of the big three home ecosystems.

"For many things, Alexa works better with Tado," he says. "For example, on Google Home, they donŌĆÖt have a humidity function so you canŌĆÖt say ŌĆ£Hey Google, whatŌĆÖs the humidity in the living room?ŌĆØ But with Alexa, this works."

Deilmann also thinks there is plenty of room for improvement when it comes to the level of smart home controls available to Apple HomeKit users. He'd like a system that's more "seamless" and "transparent" so that people can get the most from Tado's smart thermostats and AC controls.

"Companies like Tado and Apple have to work a bit better for example on features that we develop that are also available and visible in the Home app," he explains. "For example, making things available which are in the Tado app like - how much energy have I saved last month? This is inside the Tado savings report but you cannot access it through the Home app or through the voice assistant.

"Also we send push notifications when there are problems with the heating system in the home so that you can get it fixed and we also suggest service partners in your area, thatŌĆÖs one new feature we have, but when you use only the Apple Home app, then you wonŌĆÖt get this."

It's worth considering not just in terms of current features but also future ones - will smart home engineers and developers be put off from working on more complex functions in order to make sure the tech fits in with the simple Alexa smart home? As long as we require an app per brand to set the tech up, that's unlikely as further controls will always sit in this space. But it's worth thinking about.

Most smart home device makers aren't just agnostic about which big tech company they support but they're as open as they possibly can be whether that's compatibility with Zigbee and Z-Wave protocols or indie/alternative platforms and services like IFTTT, Stringify, Yonomi and Home Assistant. Netatmo is even experimenting with a Facebook Messenger chatbot that lets you text your home when you're on your way home, say, to get everything (lights, temperature etc) prepped just how you like it.

Right now, these options are filling in gaps left by the big ecosystems such as automation but options like Mozilla's Things Gateway and Home Assistant also promise not to sell your personal data.

Ultimately, you don't need Alexa or HomeKit to run a smart home - you just might need to spend longer fiddling around with all your moving and connected parts.

As with Deilmann's suggestions, there's also the fact that Amazon, Apple and Google are adding new features via updates all the time - right now, automation routines is a priority for all three. We are nowhere near a plateau in innovation when it comes to interacting with technology in our homes - we just hope the big companies listen to the people building these devices. Because their dominance is only set to continue. As Yianni points out, "Amazon has spent a lot of money promoting the smart home, which is great. Voice has become an entry point.. It acts as that glue, so they enable you to expand beyond a single product experience."