Push the button and make your smart home work for you 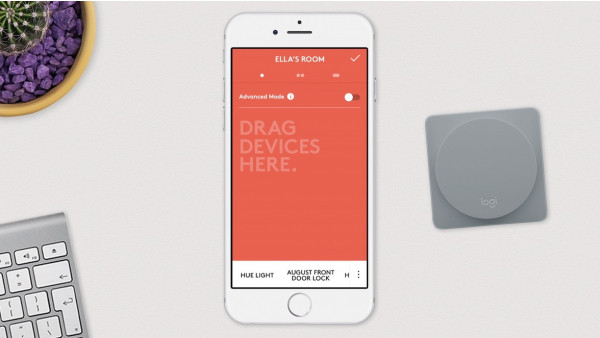 Smart home buttons are a big thing now. You may think that, as we move away from remote controls, switches and apps and towards a voice-controlled smart home, you'd have no need for another physical controller in your house.

However, the brilliance of the best smart home buttons lie in their simplicity, and multi-functionality from a single press.

Sure, you can turn your bedroom light on with the switch on the wall like your grandpa used to ŌĆō but can that switch also turn off any lights you may have left on downstairs, turn on all of your security cameras, set your alarm and tune into some sleeping sounds on your smart speaker? It cannot. Unless it's a smart switch, of course, but that's a different story.

That's where the current crop of smart buttons come in. With a simple tap, double tap or long press you can trigger an array of smart home scenes and automations. Sure, you could ask Alexa or the Google Assistant to kick start these routines, but sometimes it's so much easier to just push a button ŌĆō especially as you can strategically place them (and move them) around the house to where they will be most useful.

Smart buttons: What to consider before buying

So, those are the contenders. Smart buttons are still a fairly new idea and the market isn't exactly bursting at the seams with options. However, even if more contenders do come to the party, they won't really do much more than the current offering can.

Once you go beyond a button that offers two to three scenes at the tap of a button, you're entering the realm of a remote control, and that would be missing the point. What you do need to consider, though, is what devices and platforms the smart button you're thinking of buying taps (see what I did there?) into.

Does it support HomeKit scenes, are IFTTT applets compatible? Will it integrate with how you already run your smart home?

We detailed some of those factors in each entry above, and more information can be sought out from each manufacturer. We've lived with the above examples for a while now, and they just work.

You'll hardly ever have a click (or double, or triple, or long press) go unnoticed and, on the odd occasion this does happen, no button below is more guilty than any other of this misbehavior ŌĆō we found them to be pretty much on a par when it came to reliability.

Here are our picks for the best smart buttons you can use in your smart home, whether you're trying to control a single appliance, or you're looking to set up more involved routines and systems.

The Logitech Pop jumps onboard your smart home's Wi-Fi to scan for compatible devices it can control. Actually, its hub does. The Logitech Pop Smart Button itself is only capable of pinging Bluetooth signals to the hub; it's the hub that talks to your connected kit over the internet.

The hub itself is a small plug-like device that simply slots into a power point ŌĆō you just sync that up with your home Wi-Fi in the smartphone app and add your buttons, one at a time, to the setup.

Out of the box it'll offer up controls for Lifx, Phillips Hue, Lutron, Insteon, August and Belkin WeMo devices, and it's also compatible with an array of smart home platforms including Apple HomeKit, SmartThings and IFTTT. It can also pair up with a Logitech Harmony Remote hub for the absolute wealth of controls that offers you.

Each button offers three control options ŌĆō single press, double press, long press ŌĆō so you can set up an array of choices for each one. And, rather than relying on pre-set recipes, you can chain together multiple devices across different platforms to work in harmony.

The great thing with the Pop, which puts it ahead of its rivals, is that once you've chosen a device to control, you can then dig deeper ŌĆō e.g. choosing a Hue bulb to turn on at a specific color or brightness, or having your Sonos speaker(s) turn on one of your favorite radio stations.

The button itself is a fairly dull looking slab of plastic that Logitech says will last 5-6 years. There's a starter kit which comes with a button and a hub and, while the Pop buttons themselves aren't exactly expensive (at $39.99 a, er, pop), you're looking at around $60 to get started with that kit.

Easiest smart button to use: Flic 2

Flic has been in the smart button game longer than most ŌĆō it first went live on Indiegogo in 2014, smashing its $80,000 target and raising almost $1 million. The Flic 2, which also began life as a crowdfunding campaign, is easily the most button-like smart button, weighing less than 10g.

The first-gen Flic system was great and the sequel is even better. The range of tech it's compatible with is huge ŌĆō highlights include Hue, Lifx, Sonos, Ecobee, Ikea Tr├źdfri, WeMo and Wink ŌĆō and the gaps can be filled with IFTTT and Logitech Harmony controls and recipes as well. Like the Pop, it's a simple one, two or long tap control method.

Flic allows you, pretty easily, to program routines and actions as simple or as complicated as you require. The hard bit if remembering exactly what each press of each button does.

The app is also jam-packed with 'fun' (i.e. naff games) and extras; the most useful being the 'find my phone' function that plays a loud alarm through the Flic app on your smartphone. It's also compatible with a number of fitness platforms ŌĆō you can start and stop a Strava run with it, for example. It even comes with a little belt clip so you can wear it out and about.

It's much cheaper than the Pop as you don't need to fork out for a hub ŌĆō it can work by just using your phone as its gateway.

Now, that has its flaws, of course ŌĆō you need to allow the app to run at all times and it'll only work if it's in Bluetooth-range of your phone ŌĆō and that's why Flic offers a hub to pair up to the Flic buttons (from $99.99).

Unlike Flic's and Logitech's smart buttons, the Eve Button doesn't let you specify individual smart tech devices, or add multiple gadgets to a tap control; it relies on HomeKit to do the heavy lifting. Living within the Eve app, which is essentially Apple's Home App in different clothes (you can actually do all of the configuration within the Home app, in fact), your single, double or long press options are reserved to start HomeKit scenes ŌĆō and nothing else.

Now, while that does sound a bit restrictive compared to its rivals, if you're living in a smart home controlled by Apple's ecosystem then it's actually a great setup. Sure, if you want to just turn a single smart light on or off, it's a bit of a faff to set up a Home Scene for that basic control but, for more advanced chains of events, it certainly makes sense.

If you have a dedicated Apple HomeKit hub - i.e. an iPad, HomePod or Apple TV ŌĆō then the Eve Button will work faultlessly in your house without issues. However, if you're only powering your smart home using the iOS Home app on your iPhone, you'll need that phone located nearby for things to work.

Design-wise the Eve is the bulkiest beast of the bunch, although the anodized aluminum finish does look more premium than the Pop and Flic's plastic build. As it's only Bluetooth LE powering the show, battery life is as long as the coin battery lasts (i.e. a long time) so you won't need to bother charging it.

Sure, they started life as a gimmicky toy that allowed Echo users to play head-to-head, fastest-finger-first style quiz games and the like, but the Echo Buttons have since evolved into one of the simplest, yet most comprehensive smart buttons availableŌĆ” as long as youŌĆÖre tied into AlexaŌĆÖs ecosystem.

The Bluetooth-packing Echo Buttons, which are powered by a couple of AAA batteries and come in pairs for less than $20, are capable of just a couple of things: lighting up and changing colors thanks to the LEDs under that milky white dome and talking to a paired Echo smart speaker.

Amazon has opened up the platform to allow Echo Buttons to kick start routines and, hallelujah, the gimmicky Echo Button is now a smart button capable of controlling any devices that work with Alexa. You can only associate a button press with just one routine, but the steps of that routine are only bound by your own imagination and, of course, the actions that AmazonŌĆÖs smart assistant is capable of.

For example, we've got one Echo Button set up by the back door ŌĆō paired to a Dot in the kitchen - that, when pressed, opens our garden officeŌĆÖs Somfy blinds, turns on all of the smart sockets in the office, plays BBC Radio 6 Music on our Sonos speaker and turns on our desk light. Another button does all of this in reverse.

The handy ŌĆśwaitŌĆÖ function of Alexa routines also means it turns everything off but waits 2 minutes before shutting the blinds, thus giving me time to escape. Oh, and it turns our robo-vacuum on too, to pick up all the crumbs from all the biscuits we've eaten while putting off doing some work.

Echo Buttons have actually been discontinued so you'll have to do some online digging to grab hold of some.

Philips Hue's Smart Button is the latest addition to Signify's ever growing range of accessories. Stick it anywhere to control the lights in a room, area, or the whole house, and watch as it smartly adjusts them based on the time of day.

At $20, the Smart Button is the least expensive option from Signify for controlling your Hue lights outside of voice control or the app. The button comes pre-programed to turn the selected lights on at appropriate brightness/lighting scene based on time of day, with 5 time slots.

All of this is customizable, but nicely it just works right out of the box, with no programming or scene creating needed to get you going.

It's not just Hue controls though - you can sync the button to your HomeKit setup, where it can work as a smart button to control any HomeKit connected device. The best use case for HomeKit is to activate a HomeKit Scene, but there are better smart button options out there if that's something you're looking for, such as the Eve button we have listed in this guide.

While it doesn't play well with other light bulbs, requires the Hue bridge and has only limited control when paired to HomeKit, it's a great addition for anyone invested in the Hue ecosystem looking for a simple, inexpensive way to control lights in a room.