Google Home alarm clock guide: Everything you need to know 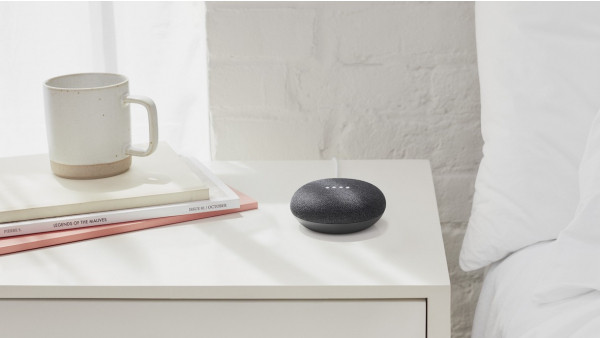 A Google smart alarm clock has the power to wake you up with news, music or radio ŌĆō and put you to sleep with meditations and sleep sounds.

It can build new morning and nighttime routines by pairing your alarm with playlists, smart lights the radio or and even brew the morning coffee.

Google Assistant smart speakers with displays, including third party ones such as the Lenovo Smart Clock, of course, also feature dedicated clock displays with a range of digital clock faces to choose from.

You can, also, choose to use a regular Google Home smart speaker, such as the Nest Home Mini, as an alarm clock too. You can still set alarms and the like with voice commands but you, of course, miss out on having a digital clock on display.

Whatever Google Assistant speaker you choose from, here's your guide to using your Google Home and Assistant to set new alarms.

How to set an alarm on Google Home

This is super straightforward, but there's a number of ways you can use the alarm function - set it day by day for peace of mind or set up a regular alarm for work or schooldays.

To set up regular alarms, say, "Hey Google, set an alarm for 8.15am every day" or similar, and the Assistant will repeat back to you the recurring alarm. Again, to check what you have coming up, say "Hey Google, what alarms are set?"

The alarm sounds for ten minutes if you don't do anything - to stop it say, "Hey Google, stop" or tap the top of the Google Home, the side of the Mini or the line on the top/right side of the Home Max. Right now you can't change the beeping tone - get on this please, Google.

How to set a music or radio alarm with Google Assistant

If you want to wake up to a specific song or radio station, it's simply a case of adding one more word to the command. So, you can instruct your speaker, "Hey Google, play a music/media/radio alarm at 8.30am tomorrow" and the Assistant will ask you what you want it to play - or, alternatively, "Hey Google, set an alarm for 6am that plays [radio station name]".

It works with songs, playlists and radio stations. As with the beeping alarm, it will only play on the speaker you've set it on. The music will be taken from the default streaming service you've set up on your Google Home account, and if you're not connected to Wi-Fi, the regular alarm tone will sound.

How to use the Google sleep timer and play bedtime sounds

How to create a morning or nighttime routine with Google Home

Google Home Routines include preset routines - multi-action, multi-device setups that require only one voice command - and two of those are, "Hey Google, good morning" and, "Hey Google, it's bedtime".

If you've set up Voice Match, you can set up customised Routines for individual users. For the morning routine you could, for instance, have Assistant turn your Android phone off silent, play music/radio/news, tell you the weather and today's commute and adjust smart home devices like lights and thermostat to pre-set settings. This is, of course, much friendlier to tweak from your bedside table if you've got a Google Smart Display, featuring the new Home View control.

For night time, you could have Assistant set an alarm for the following morning, turn Cast-enabled or Bluetooth speakers and TVs volume down, adjust the lights and temperature to your personalised settings for bedtime, tell you tomorrow's weather, and play sleep sounds or music on a timer, as above. Pretty cool, right?

How to set Gentle Sleep and Wake with Philips Hue

A newer feature to the Google Assistant lets you bring your Philips Hue lights into your evening bedtime and morning wake-up routines, brightening or dimming the bulbs to ease you in and out of slumber. The Gentle Sleep and Wake process will take place over 30 minutes to imitate sunrise and sunset.

To get it working, you'll need to first get your Hue lights talking to the Google Assistant (read our guide on connecting Philips Hue to Google Home for more). Then, to start the process for an entire room, say, "Ok Google, sleep my lightsŌĆØ or ŌĆ£Hey Google, wake my lightsŌĆØwhen you're in the same room as the lights. If you're in a different room, you'll need to specify ŌĆ£Sleep the lights in [room name]ŌĆØ. You can also do it for a single light by simply saying ŌĆ£Sleep [light name]ŌĆØ.