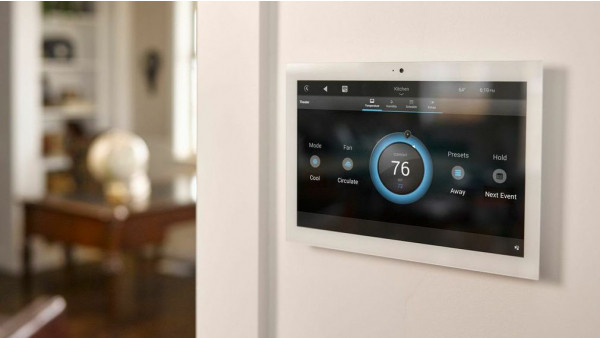 Amazon is set to unleash a new form factor for Alexa in your smart home - reports suggest that the House of Bezos is readying a new line of in-wall Echo smart speakers with touchscreen controls.

It isn't clear yet if the new touch panel will be a slimmed-down Echo Show model or whether it will go down the Fire Tab / Show-mode route for the smart home controls but Bloomberg's sources suggest that it will be a "a large touchscreen that attaches to the wall and serves as a smart home control panel."

The report says that it's Amazon's mysterious Lab126 hardware division that is behind the new display - which will be 10 or 13-inches (maybe both) - and the they are working on a device that will be "a digital command center, showing users upcoming calendar events, controlling accessories like lights and locks, and playing music and video."

For anyone using a Creston or Control4 system (main image, above) this will sound very familiar, and we know that there is also a large community out there who have already created their own in-wall smart home panels using iPads / Android tablets and an array of mounts that can be bought online.

With the Echo Show range proving popular - and its recently improved smart home control screens - it makes sense for Amazon to go after this space.

A price-point of $200-250 has been touted and it could even go live later this year, although the report states the launch could also happen in 2022.

We'll keep a close eye on this one... don't go cutting a 13-inch hole into your plasterboard just yet.