Amazon is being sued in the US over Alexa's child recordings

It's claimed the company creates voiceprints of users without proper consent 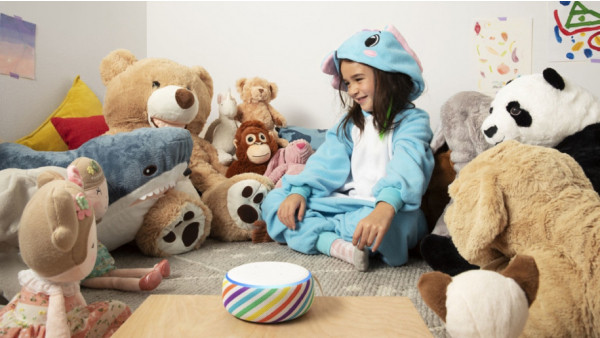 Amazon is being sued over Alexa voice recordings involving children, with two cases in the US alleging that the company lacks the required consent to create voiceprints.

These voiceprints potentially allow Amazon to keep track of young user's interactions with Alexa-enabled devices, and therefore build up a profile about the child's life. Amazon, meanwhile, says that it only stores data once a device owner has granted the relevant permissions, adding that parents also have the option to delete a child's profile and recordings.

Read this: How to delete Amazon Alexa voice recordings

The lawyers involved in the two cases are now seeking damages for the two plaintiffs involved, as well as those being invited to join the class-action suit in the nine US states where Amazon is alleged to be in breach of privacy laws.

Of course, this comes just a day after the new Amazon Echo Dot Kids Edition was announced by the company, and in the wake of privacy commands revealed alongside the Amazon Echo Show 5 last moth. Essentially, these new commands allow users to say things like, "Alexa, delete all my recordings from today" - something that wasn't previously available via voice request.

One of the class action cases has been filed in Los Angeles on behalf of an eight-year-old boy, with the other in Seattle on behalf of a 10-year-old girl. Both are said to have interacted with an Echo Dot in their homes and asked Alexa to play music, solve maths problems and tell jokes, though the parents argue they never agreed for their child's voice to be recorded.

In response, Amazon has pointed to the blog it published last month regarding a subscription service designed to help parents manage their child's Alexa use. It highlights how a parent can contact the company if they wish to delete their child's voice profile and any personal information, as well delete voice recordings through the app.

If the courts are found in favor of the plaintiffs, the lawsuit states it wants Amazon to delete all held recordings of underage users and prevent any further recordings unless the user grants the company consent.