Smart ho-ho-homes were all the rage 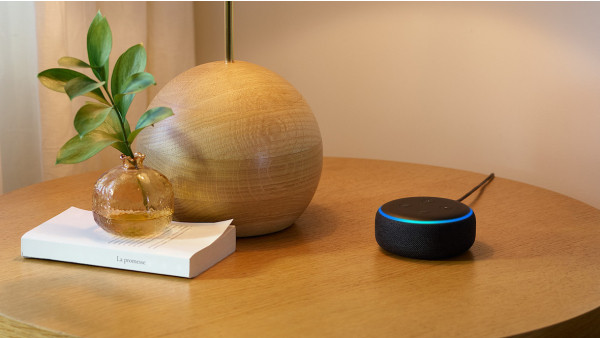 Some of the most popular smart home devices sold include the Amazon Smart Plug, Ring Video Doorbell 2, TP-Link Kasa Smart Plug Mini and iRobot Roomba 690. It was also a good time for Amazon's own devices, as Amazon said it sold millions more this holiday compared to last year.

Amazon's most popular devices this year were the all-new 2018 Echo Dot, Fire Stick 4K and Echo. That extended to the Echo Dot Kids Edition, which also broke records, and Amazon's Ring and Blink, which sold more devices this year compared to other holiday seasons.

Smart home devices also made up some of the most popular tech products this holiday, with the 2018 Echo Dot, Wemo Mini Smart Plug, Wyze smart home camera and Samsung 65-inch 4K Smart LED TV rising to the top of the list. As you can tell, the Echo Dot was a huge success this year. It was even one of the most popular items at Amazon's physical stores, Amazon Books and Amazon 4-Star.

Alexa had a pretty good holiday, too. Alexa was used to listen to hundreds of millions of more hours of music this year compared to last, with Mariah Carey's "All I Want for Christmas is You" being the top Alexa request. Alexa also answered tens of millions of requests to control lights, with the number one request being "Alexa, turn on the Christmas tree".

In fact, Alexa was incredibly busy this holiday compared to last holiday. It delivered 8 times as many reminders, set more than one hundred million timers, delivered 3 times as many recipes and was asked for cooking advice twice as much, doled out millions of motion and doorbell requests, and told one million stories on Amazon Storytime (Rapping Paper was the most popular).

People were using Alexa twice as much on Fire TV this year compared to last, too. Finally, people in the UK were most excited to count down to Christmas, asking Alexa "How many days until Christmas" twice as much as the next country.

Overall, it looks like Alexa had a pretty swell holiday season. Even better, the entire smart home segment did well in Amazon's stores, with Amazon's own devices breaking records and other devices being some of the most popular items bought from the e-commerce giant.