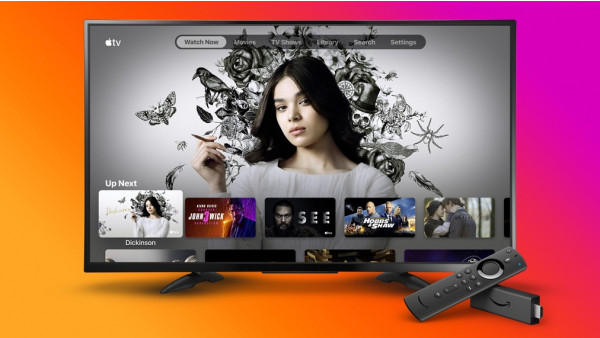 Apple has announced that people living with the year's free trial of its Apple TV+ streaming service will now have free access until July 2021.

You get a free year's worth of Apple TV+ action when you buy an iPhone, iPad, iPod touch, Apple TV or Mac. However, that initiative kicked off at the tail end of 2019 so anyone on board then will be looking at an extra 9 months of gratis-viewing.

Back in October the Cupertino company revealed plans to extend the free period to February 2021 but the new date adds a further five months to the deal.

It's thought that, because of the pandemic, Apple is keen to keep people on board despite the updates in terms of new original content not rolling out as fast as originally planned.

If you have coughed up the $4.99 subscription fee, you should see an Apple Store credit hitting your balance.

Apple TV+ is Apple's horse in the race to own our TV time ŌĆō it's essentially Apple's answer to Netflix.

Rivals: Netflix versus the rest - the best streaming services

The service, which launched in November 2019, is filled with AppleŌĆÖs original programming, with 4K, HDR/Dolby Vision and Dolby Atmos all along for the ride.

It's available on iPhone, iPad, iPod touch, Apple TV or Mac and the app has also launched on some third-party smart TV platforms from the likes of Sony, LG, Samsung and Vizio.

The Apple TV+ app can also be found on Xbox and PlayStation consoles and streaming sticks from the likes of Roku and Amazon.