Google: Voice won't be the answer to all of our problems

'Homes are probably the most diverse environment to ever design for' 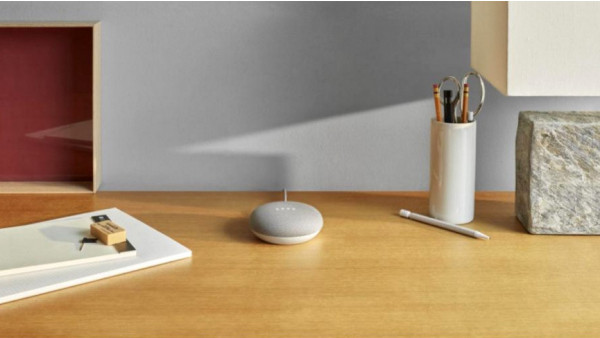 Google might be making the big strides in the smart home right with Assistant and the Google Home, but voice isn't going to solve everything, according to Mark Spates, Google's product lead for smart home.

"If there's anyone here who says voice solves all problems, I'd probably look at them with a smirk, because it doesnŌĆÖt," said Spates in a talk at the Connections conference in San Francisco. "Key example: I canŌĆÖt say 'Turn on the lights' in the morning when my girlfriendŌĆÖs sleeping. I actually maybe want to pull out my phone and do that. If the babyŌĆÖs sleeping, I definitely donŌĆÖt want to say that."

Spates spoke about some of Google's learnings around the smart home, some of the challenges, and offered up a few pearls of wisdom. "I think homes are probably the most diverse environment to ever design for. ItŌĆÖs why homes took the longest to come online, because theyŌĆÖre hard to understand... they're extremely diverse."

In particular, he brushed on some of the limits and dangers of voice and artificial intelligence, particularly with corrective and predictive AI. With corrective - AI watching behaviors and responding - Spates said that it should be "80-85% confident" before it does anything. according to Google's calculations.

"Corrective is us thinking 'No oneŌĆÖs home, so we're gonna turn off the lights'. No oneŌĆÖs going to be hurt [if that happens], but wouldn't it be weird that one time your mom and your spouse are sitting there and watching a movie being still and all the lights go off? Does it happen to people in their conference rooms? It happens to me all the time. Every time it happens, I take a video and send it to our engineers and say ŌĆśThis is what we cannot doŌĆÖ."

If you look at our smart speaker, everything thatŌĆÖs inside you could have bought ten years ago

Spates also honed in on hardware, hinting that features like Google Home's voice calling had long been waiting in the wings. "A good example, if youŌĆÖre thinking about making a speaker into a phone calling type of device, youŌĆÖve got to think about the microphones and the speakers way before you ever launch that feature."

That said, Spates kept underlining how hardware inside these smart speakers pales in comparison to the software and AI, using an anecdote about a meeting between Steve Jobs and Nate Williams, formerly of Google and August, to illustrate the point. "[Steve] holds up the iPhone 'one' and he says ŌĆśJust so you know, everything in here was built ten decades agoŌĆÖ. The components never catch up to the user experiences and the actual devices we want to build. If you look at the smart speaker we build, everything thatŌĆÖs inside that, you could have bought ten years ago. The components always lag."