IBM wants to shift some power away from Alexa 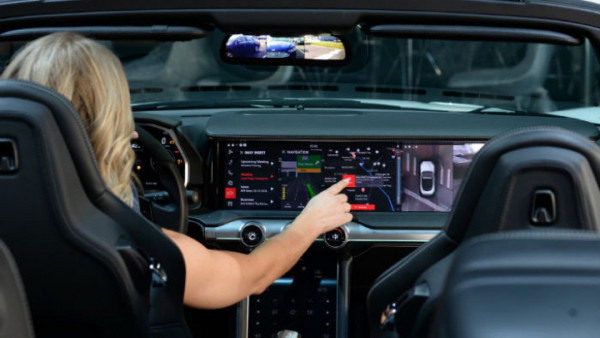 IBM has been showing off its new voice and text based Watson assistant, based on its famous AI platform - aimed at cars, smart homes, hotels and businesses.

The difference between Big Blue's effort and Amazon's Alexa? Companies will be able to take the voice tech and customise and brand it up themselves - so we won't be saying "OK Watson" to every bit of connected tech we encounter. And IBM is also talking up its privacy policy when it comes to personal data compared to rival assistant makers.

Read this: What's next in Google Assistant's future?

The demos IBM showed at its Think conference included a couple of interesting ideas. In a connected hotel room, and with an electronic key sent to your smartphone, Watson would be able to adjust the lighting, temperature and music to your preferences as well as display emails and calendar info on a dashboard for when you arrive.

Harman is also showing off a Watson powered car dashboard for a concept Mitsubishi, and IBM says that the AI assistant in the car will be able to talk to the smart home and hotels. Plus smart meter maker Chameleon Technologies is integrating Watson voice controls as is SoftRobotics into its Pepper robot. It's not a huge slate of partners, or indeed any features we haven't seen elsewhere, but it's early days.

Privacy wise, IBM claims that each company that works with its Watson assistant technology in future will retain access to only that information, data won't be shared across its partners. IBM VP Bret Greenstein told The Verge, "If you start running the entire world through Alexa itŌĆÖs an enormous amount of data and control to give to one company."

Still, IBM might be too late to rival Alexa and Google Assistant's moves into cars and hotels. We'll be keeping an eye on where Watson pops up for the rest of 2018.