Nuki Smart Lock 2.0 will fit onto more doors and comes with HomeKit support 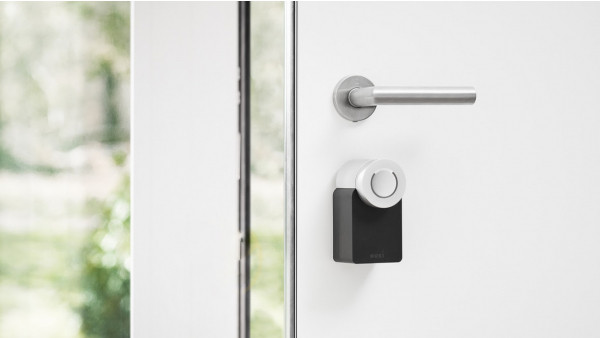 Following up on its original lock, the Austrian company has now unveiled the Nuki Smart Lock 2.0, one that comes complete with an improved internal processor designed to speed up communication.

Thanks to Bluetooth 5.0, the range of the smart lock has been extended, and Apple HomeKit and Zigbee support joins the existing compatibility with Amazon Alexa, Google Assistant and IFTTT. There's now also a door sensor built into the lock, giving owners at-a-glance looks at whether their door is unlocked/locked or open/closed.

It's not just the internal smarts that have been given an upgrade, either. For those in the UK, the design and installation process has been streamlined to cater for the common oval-cylinder lock. As with the first generation Nuki, the new design will still fit over existing lock and keys in just a few minutes, negating the need for any tools or other door-wrecking equipment.

We were big fans of the first Nuki Smart Lock, though the very specific lock type needed for proper installation and the uncertainty over whether your door was actually locked did limit its appeal - especially when compared to some of its rivals.

However, with the design now stretched to think of those in the UK, as well as the improvements set to improve performance and ease of use, there's a legitimate reason to investigate the Nuki Smart Lock 2.0 further. And for owners of the first-gen option that feel hard done by, Nuki says that it'll offer an upgrade program whereby credit is offered when exchanged. However, we don't yet know the full details of this.

What we do know is that it will land in November, with Nuki pricing the lock at Ōé¼229. Of course, you'll also need the Nuki Bridge (Ōé¼99), though you can bundle the two together if you buy from Nuki and save a bit of cash (specifically Ōé¼20).

Also look out for another new addition to the family early next year, as the company also announced the Nuki Opener - a retrofit door release for intercom systems. Pricing details have yet to be released for the Opener, but we'll be sure to update this story once we have the specifics, as well as details on the UK/US pricing of the Smart Lock 2.0.