And it's taking aim at Apple HomePod 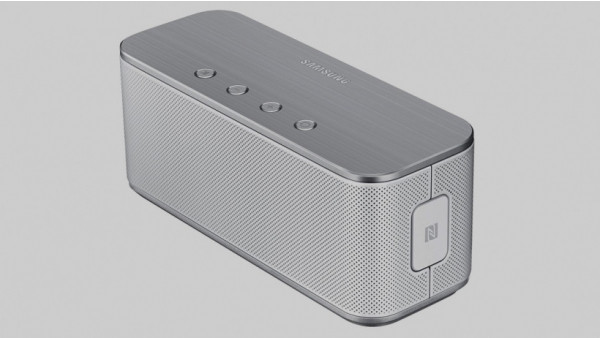 Samsung has announced its Bixby speaker, and is has a name: check out our full guide to the Samsung Galaxy Home.

It seems an age ago that Samsung confirmed that its Bixby smart speaker would drop in the second half of 2018, but a new report suggests that it could be announced within weeks.

We now have an idea what the Bixby smart speaker might look like. The Wall Street Journal reports that it ŌĆ£has a bowled shape, with a legged bottom and lights at the top.ŌĆØ WhatŌĆÖs more, it has a sound-shifting feature, which will enable the speaker to beam music in the direction of the userŌĆÖs voice.

A lot of the details in the Wall Street Journal story confirm what we already know. Back in February, Samsung chiefs took a swipe at Amazon by calling its speakers ŌĆ£another affordable mass modelŌĆØ ŌĆō and it seems SamsungŌĆÖs Bixby speaker will be pitched similarly to HomePod, by focusing on audio quality, with smart features pitched as an added benefit.

And as we reported back in February, it could pack a premium price. WSJ reports that Samsung is preparing a $300 price tag, which puts it toe-to-toe with the HomePod.

That's something of a risky business. Even Apple has struggled to shift HomePods at that price, so the signs are worrying.

Obviously, Samsung already has a smart home play in SmartThings, and there are rumours that the Bixby speaker will act as a smart home hub. This could inject life into the SmartThings project, which has been caught napping by the likes of Google Home and Amazon Echo speakers, which easily perform the role of hubs for devices.

Samsung has a New York event on 9 August for the Galaxy Note 9 ŌĆō so itŌĆÖs highly likely that Bixby 2.0 and the smart speaker could be announced along with the flagship smartphone.

Watch this space, as weŌĆÖll be updating with more information as we get it.