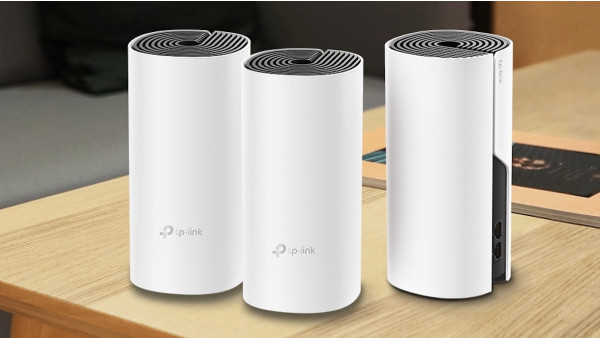 Mesh Wi-Fi systems have been around for a while, but they've largely been expensive devices at the high-end of the networking market. That's slowly changing, and TP-Link is looking to offer a more affordable option.

Its new Deco M4 dual-band mesh Wi-Fi system comes with three AC1200 hubs that can run either 2.4GHz or 5GHz. It can cover up to 100 devices lag-free and cover up to 5,500 square feet of space. Unlike some of TP-Link's higher-end Deco units, which have built-in Zigbee radios, the extent of the M4's smarts is Alexa and IFTTT compatibility.

Still, that'll allow you to link Alexa up with your M4's to control it with your voice. However, TP-Link isn't yet outlining how that voice control will actually work. It's possible that it will allow you to control other M4 features, like pausing Wi-Fi, setting time limits and filtering content for your kids.

The M4 has all of those controls in its app, which is also used to set up your system. Like Eero and other mesh Wi-Fi networks, the app will guide you through setup step-by-step. That app will also let you manage your network from anywhere.

The Deco M4 can also work as a router system or expand access to a current Wi-Fi system. Similarly, it's compatible will all previous models of Deco mesh Wi-Fi systems. You can either use the old Decos as satellites to extend your current coverage, or make them the central player in your network.

The M4 three-pack is available today for $179.99, which makes it one of the more affordable mesh three-packs out there. Google Wifi and Eero three-packs, for comparison, will set you back $299 and $500, respectively. You'll be able to purchase the M4 from Amazon, Best Buy and other retailers.