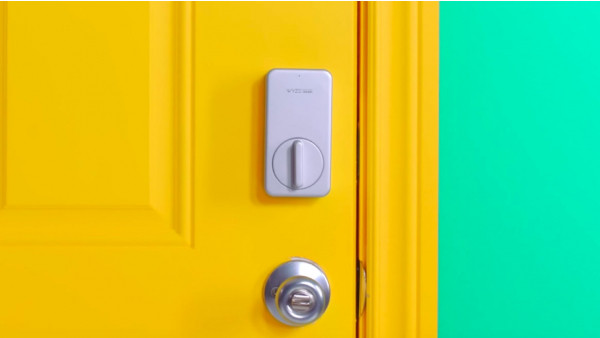 Budget smart home startup Wyze is venturing away from cameras and into smart door locks, pulling the wrappers off the sensibly-named Wyze Lock.

The new lock retains the usual budget-friendly tag of other Wyze wares - coming in at just $89.99 - and works over existing deadbolts.

Wise up: The complete guide to Wyze

So, that means you keep the bones of whatever your existing door lock system is while adding Wyze's smarts over the top. Quickly, too, with the company suggesting installation should take around 15 minutes.

The Bluetooth and Zigbee-enabled device does require the Wi-Fi bridge (included) to connect to an outlet, while also requiring four AA batteries to meet its 4-month battery life.

In terms of features, this is a fairly standard affair - which, considering the low cost of entry, isn't too surprising.

The headline act is its ability to automatically secure and unlock the door, depending on where the user is. So, the door doesn't need to be manually locked when leaving, and it'll unlock when approaching the door. It'll even lock again once a user is through the door, thanks to door position detection.

If you need to let somebody into the house, remote access is also available through the Wyze app. Single-access codes, guest access control and codes that work within specific timeframes are also available, meaning you won't need to be home to collect that delivery between 9am - 7pm.

These codes can only be used with the Wyze Lock Keypad, though, which will act as an optional extra that's sold separately in February.

However, if you act fast, you may not have to wait that long for the lock itself. Early access launch for the Lock begins from today - and can be accessed on Wyze's official site - before the device's full launch in February.