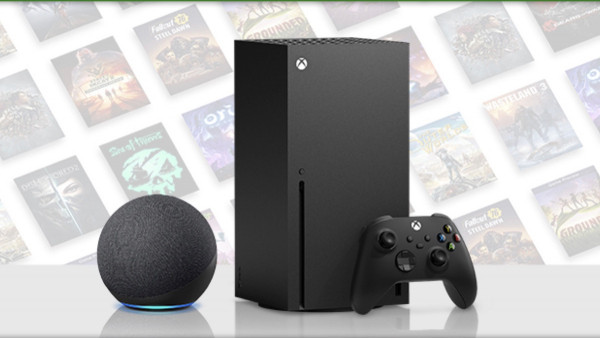 Amazon has announced a nifty new addition to the Xbox skill whereby you can use your voice to download games from the Xbox Games Pass library.

Whether you're getting your Games Pass fix on the Xbox One, or you're now next-gen gaming with the Xbox Series S / X, the new feature means you don't have to use the Games Pass app on the console itself to scroll through and select games to download, you can simply use your voice.

Ultimate guide: How to control your Xbox with Alexa

It doesn't matter what device you bark your Alexa command into - be it an Echo smart speaker, your Echo Buds or even a smartwatch with Alexa baked in - as long as you're up and running with the Xbox Alexa Skill, you're in the game.

The Xbox One started life as a voice-commanded device, with the Kinect but it was well before its time, as smart speakers have exploded in use in the years that followed.

For the past couple of years you've been able to use Alexa to control your Xbox; think turning your Xbox on or off, plus launching games and apps.

The new feature enhances those options and, hopefully, is a sign that the Skill will evolve further over time.

We're told that Xbox Game Pass now has over 18 million members. There are more than 100 games on offer - some total garbage, some actual A++ titles.