Anker's putting Alexa on the road, but how does it perform on wheels? 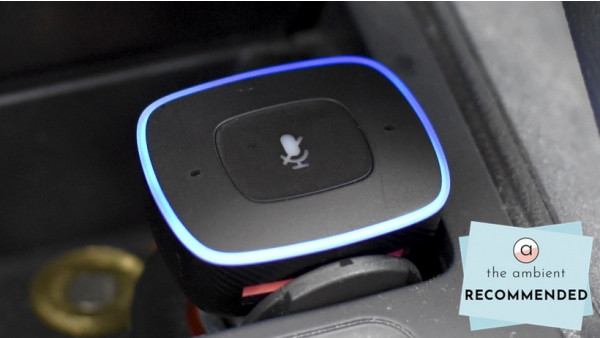 Amazon's Alexa has slithered itself into smart speakers, cameras, thermostats and even smart switches. Now it's coming for your car too.

Amazon is looking to put Alexa on the road with the upcoming Echo Auto, but Anker is stepping in to do it a little more easily with the Viva, from its car brand Roav. The Viva plugs into your car's cigarette lighter and gives you a direct line to Amazon's assistant.

But does Anker pull it off? We spent some weeks with the device, and many hours driving around, to find out.

Roav Viva: Design and use

The Roav Viva looks a lot like a tiny, square Echo Dot, one that's about a quarter of the size. It looksŌĆ” fine. At least for something you're going to plug into your car and not look at a lot.

On the top are two mics that use a noise cancellation chip, and for the most part I haven't had any problems being heard by Alexa. There was one time when I was listening to Taylor Swift and it wouldn't register my "Alexa" commands to tell it to stop, despite multiple attempts, but that's been the only blip so far. I've otherwise been able to command it even when the music has been blaring.

The overall design here makes the Roav looks a bit like a mushroom. There's also a big button on top that you can press to activate Alexa's listening and two USB ports for charging. The signature Alexa colour ring is here as well, and it works exactly the same as it does on a regular Echo.

But be aware: due to its shape, there's no guarantee this will fit in your car. In my Volkswagen GTI, I can fit it in just fine, but I can't use both USB ports. The area around my cigarette lighter socket is pretty tight, and the flap for the socket goes up on one side, blocking the USB ports. If I spin around the Roav, the back hits up against the lid of the compartment the socket is in. That way, I can only use one USB port (the left one). There's no space to put two.

Those USB ports take advantage of Anker's great fast charging tech, so you'll get a faster charge than most other car chargers. That's awesome, but it also makes it a little more disappointing when you can't use them.

I tried it in my mom's Audi, and that was even worse. That cigarette lighter socket is under the arm rest, which means that you're not going to get that Alexa ring feedback. It also means you can't use the signature button to activate or mute Alexa.

The Roav Viva doesn't have a design that'll fit in every car, but I'm not sure that's entirely Anker's fault here. Every car puts that socket in a different place, and it's hard to make something that will universally fit everywhere. Just go take a look at your socket and try to make sure that it can fit something that's about half the size of a credit card.

Setup will vary in ease based on your car. I use an auxiliary jack, so it was pretty simple for me. I just had to connect the Roav to my phone and then plug my phone in. If you've got a car with a Bluetooth connection, you're going to need your phone to juggle two Bluetooth connections at once.

You connect your phone via the Roav Viva app, which also acts as your window into this car-based Alexa. If you keep the app open while you're using it, it'll tell you when Alexa is listening or thinking. It also provides a handy link on the main page with recommendations of things to ask.

Oh yes, you'll also have to connect the Roav to Alexa, but that's the easiest step of all now. You just connect your Amazon account and then link the Roav app with the Alexa app. And that's the secret behind the curtain: Roav Viva is basically giving you quick access to the Alexa app. You can get your flash briefing, you can listen to music (no Apple Music or Spotify just yet though), you can check the weather and you can get directions.

Getting directions is one of the big new things here. When you ask Alexa to get you somewhere, it'll open up Google Maps and Google will handle directions. It's better than leaning on Alexa for turn-by-turn instructions, and that handoff is nice and convenient. If you're a Waze or Apple Maps user, you're out of luck here though; only Google Maps is supported for the time being.

In a more recent update, Roav has added support for Alexa's communication features. You can message people, drop in to your Echos at home, broadcast to your Echos and make calls. All of those features worked great in testing. The idea is that you can, for example, use these features to call home while you're on your way back from work or an errand.

In theory, that's a great idea. Of course I'd love to call my wife as I'm coming home to see whether we need some groceries ŌĆō but in practice it doesn't always work well. Calling home to a certain Echo device works fine, but you have to also hope they're in the room when it connects. "But you don't always have your phone with you at home," you might be thinking. Yes, that's true ŌĆō but you can carry your phone around if you want to. The Echo is a stationary object that can be accessed by anyone in your home. You can get someone to get the Alexa app, but at that point I'm more comfortable using Siri or Google Assistant (or even Bixby) to directly call someone.

Despite those small niggles though, using the Roav Viva in the car is a pretty great experience. It felt like Alexa was built into my car even if it wasn't. That's a huge thing, especially if you can't afford a brand new car with Alexa built directly into its infotainment system (or an aftermarket solution).

Roav Viva
The Roav Viva is a great, affordable way to add Alexa to your car. It feels like Alexa is built into your car, when it's really using a voice device and your phone to pull everything off. While setup is a bit complicated and there are plenty of niggles that need to be fixed in future versions, the overall experience wins out.
PROS
CONS
TAGGED    amazon    smart home