A need to know on Google's casting tech for apps, music and movies 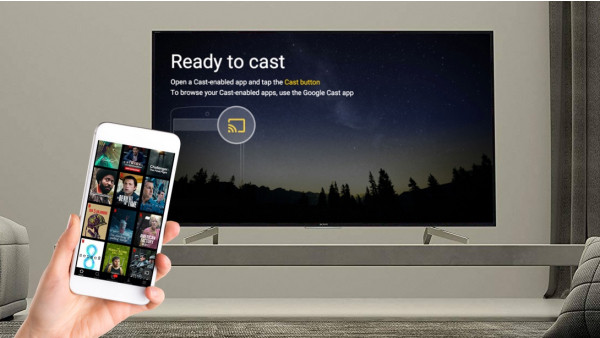 The Ambient is reader-powered. If you click through using links on the site, we may earn an affiliate commission. Learn more
David Nield
@davidnield
Monday

We've been hearing more and more about Cast-enabled TVs and speakers with Chromecast built-in, so it's only right we break down what that actually means, how you can use it to stream music and video, and which devices are compatible with the technology.

Similar to Apple's AirPlay and Spotify Connect, what Google refers to as 'Chromecast built-in' (formerly, of course, Google Cast) is another technology that lets you easily control media with apps and, yes, voice in your smart home.

What is Chromecast built-in?

In a nutshell, it's a technology built by Google that works over Wi-Fi to let you send or 'cast' media - whether that be streaming movies, TV shows, music, podcast or radio - from your phone, tablet or computer to compatible speakers and TVs.

The most well known Cast-enabled device range, though, is probably still those nifty Chromecast dongles that plug into your TV's HDMI port to upgrade its smarts, including the all-new Chromecast with Google TV.

There used to be an equivalent for audio ŌĆō the Chromecast Audio ŌĆō an affordable add-on which plugged into your existing speakers via the aux in to get them connected. It was great, and we're disappointed Google killed it ŌĆō but you can still pick one up if you dig around online.

The Cast controller can be an iPhone, iPad, Android smartphone or tablet, Mac, Windows laptop or Chromebook. Essentially, it turns your phone into your remote control.

The way it works, at its simplest, is this: you go into a supported mobile app to stream content ŌĆō a list which includes YouTube, Google Play Movies + TV, Netflix, BBC iPlayer, and HBO Now ŌĆō or the Chrome browser, find something to watch and hit the Cast button.

With music and radio apps like Spotify, Pandora, Google Play Music and TuneIn Radio, it works much the same.

There are now over 1,000 Cast-enabled apps for your mobile device - you can see the full list here - including the likes of Netflix, Prime Video, Hulu, Disney+, Plex, Deezer, Facebook, Spotify, Soundcloud and YouTube.

As for voice controls, if you have a Google Assistant device and a Chromecast you can say commands like, "Hey Google, cast Stranger Things" to see the Netflix show on the big screen, and even set up your personal profile via Voice Match.

This should work on smart TVs with Chromecast built-in, except for some older models. You can also use voice commands via the Google Assistant app for Android and iOS.

Google's Chromecast dongle itself could well be your entry point to this Google smart home tech, but you've got several other options as well.

Take Android TVs, for example ŌĆō that's the name for sets running on Google's TV platform. Many sets made by Sony, Philips, Sharp and others come with Chromecast built-in (no need for any add-ons, though there is some difference in functionality) as do TVs by Toshiba, Vizio and Skyworth, plus some models announced by LG and Hisense.

As for music, you can cast from music apps (or streaming websites via the Chrome browser) to stream over Wi-Fi to Cast-enabled speakers ŌĆō you can control the music with more than one device at a time, you don't have to be in the same room (as you would with Bluetooth), and it works with compatible multi-room speakers.

The music streams directly from the cloud to the speaker, which is what happens with video too: your phone or tablet just acts as the controller so you can answer a phone call while the music's playing, and not worry about your battery draining either.

Chromecast functionality also comes built into the Google Nest Hub and the Google Nest Hub Max. These smart displays will appear as Chromecasts on your network, letting you cast audio and video over to the device ŌĆō not all video apps recognize Nest Hubs as displays, but many do.

New Chromecast-enabled speakers, smart speakers and smart displays are appearing all the time, so it's tricky to come up with an absolutely definitive list of everything currently on the market.

In terms of Google's own kit, you've got the Google Nest and Google Home speakers, but the Google Nest Hub Max is perhaps the pick of the bunch at the moment. You get all the magic of Google Assistant, plus Chromecast capabilities (audio and video), plus touchscreen controls, plus an easy way to get at your compatible smart home devices.

At the premium end of the market, the Naim Audio Mu-so Qb speaker manages to mix both style and substance, and oozes audio quality ŌĆō though you'll need to save up for a while to be able to afford it. The unit supports AirPlay 2, Spotify Connect and Bluetooth as well as the Chromecast standard, and will even play songs from a USB stick, if needed.

You don't have to pay huge amounts to get a Chromecast-enabled speaker though. The Marshall Uxbridge Voicesupports both the wireless streaming standard and Google Assistant, so you can find out random trivia facts and get the latest weather forecast, as well as blasting out your music at top volume or streaming your podcasts from your smartphone.

If you get a TV running Android TV, then it comes with the Chromecast standard built in, and you don't have to pay for an extra Chromecast dongle or plug it into the back of your set. Of course you also get a host of extra Android TV features too.

Sony has been one of the most committed backers of Android TV, and most of its models over the last few years are running the platform. The Sony XG83, for example, gets you a top-quality 4K picture plus all the benefits of Android TV, including Chromecasting capabilities. From colours to sharpness to sound, it's an excellent television set.

If you want to add Android TV to an existing set, consider the Nvidia Shield TV or the Nvidia Shield TV Pro ŌĆöboth plug into a spare HDMI port on the back of your TV and give you all the goodness of Android TV, as well as doubling up as Chromecasts and giving you access to the GeForce Now game streaming service being developed by Nvidia.

Philips is another manufacturer that's on board the Android TV train, and one of our favourite Philips TV sets is the Philips 43PUS: you get 43 inches of 4K goodness, a sharp and vibrant picture, and integrated LED backlights that reflect what's on screen. Voice control for both Google Assistant and Alexa is supported as well.

The all-new Google TV went live with the 2020 Chromecast - a lighter version of Android TV. So far, only the Chromecast has this new system but Google tells us it will be coming to other devices soon.

As such, you'd expect these Google TV devices to boast casting skills, as well.

Think multi-room speakers and you might immediately think Sonos or high-end audio brands ŌĆō but no longer. Both Google and Amazon let you hook up connected speakers to build a voice-controlled system around the house.

If you have a couple of Google Homes, third-party Google Assistant smart speakers or speakers with Chromecast built-in, you can get going with a Google multi-room system.