Xbox One 4K essential guide: How to play 4K movies and games on the console

How to get 4K on your Xbox One S or X 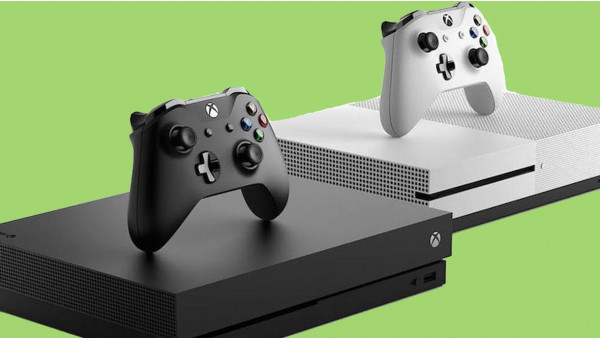 The Xbox One started life as a game console with a heavy TV focus, but it's since grown into a powerful 4K entertainment device for gaming and movies. But just how do you access this world of ultra high definition wonderment?

The Xbox One just happens to be one of the best 4K devices you can own, but actually getting that 4K resolution entertainment can be a little confusing. Which Xbox is even 4K? What games can you play? Which apps are supported? Is there HDR on Xbox?

Well, don't you worry about a thing, because that's exactly what this guide is for. We've poured through information to answer all your questions.

Which Xbox is 4K?

You don't need an Xbox Series X to launch in order to enjoy an Xbox 4K resolution. There are already two Xbox Ones on sale that both come with different 4K capabilities. There's the Xbox One S and then the more high powered Xbox One X.

The new Xbox models due to arrive later this year - the Xbox Series S and Series X - obviously both support UHD as well (the X is actually an 8K machine), but we'll deal with those when you can actually get our hands on them.

Both of the current (3rd-gen) devices have support for 4K Ultra HD streaming and include a 4K UHD Blu-Ray player. They also both have support for HDR10 ŌĆō that's a High Dynamic Range standard that makes the colours pop.

Where the two consoles differ is for gaming. The Xbox One X packs in a lot more power and can natively play 4K games. These games are labeled Xbox One X Enhanced. The Xbox One S, on the other hand, upscales games with simulated 4K. It's not native, and it's not even turned on by default, but it's a feature you can use.

Upscaled 4K doesn't look as good as native 4K on the Xbox One X, but if you're looking for high quality gaming on a budget it's the way to go. The Xbox One S will cost you around $249.99, though Microsoft is constantly running bundles with free games and discounts.

Read this: How to use your Xbox and Google Assistant

The Xbox One X, on the other hand, will cost you $499.99. Again, the main difference between the two consoles is the performance and graphical quality of the games. The One X will get you the best looking games possible, while the One S will get you games that look really good. When it comes to video and streaming, they're essentially the same.

The world of TV standards is a mixed bag. Some TVs support some standards but not others, so a lot of this is going to depend on what kind of TV you have. You're going to want your TV to support two things: HDR10 and 4K at a 60Hz refresh rate. Some TVs will only support 4K at 24Hz refresh rate. Most modern TVs will support both. Either way, it's something to keep in mind as we move through this guide.

Your Xbox can actually tell you what your TV supports in the settings. Here's how to find that out.

You will see a handy list of features your TV does and does not support. Even better, it breaks the support down into watching movies and TV, gaming and capturing game footage.

Your Xbox is supposed to automatically detect your TV and then configure itself. To make sure this is the case, head back to the Video output section of Settings and tap Video fidelity and overscan. Under Display settings, make sure Auto-detect is chosen. 4K isn't available if this option isn't selected.

Similarly, head back to the Video output section of Settings to check your display resolution is set to 4K UHD. Now, there is a caveat here. Selecting 4K UHD will display everything possible ŌĆō from apps to games to streaming ŌĆō at 4K. If it's not native 4K, it'll upscale it to 4K. That's not as good, but it can be better than regular 1080p or 720p.

You do not have to choose 4K UHD as your outputted resolution if you want to play 4K games or apps though. If you choose 1080p or 720p, your system will automatically switch to 4K output if a game or app requires 4K.

Finally, you may want to spend some time in the Video modes section of the Video output menu. Here, you can choose what your system will allow. Do you want to allow 24Hz stuff? Do you want HDR10 or Dolby Vision? The choices are yours.

There are three ways to play 4K movies and TV shows on your Xbox One S or X. The first is the most old school way. You get a 4K Ultra HD Blu-ray and pop it into the Xbox's disc drive. It'll play in native 4K.

The second way is to use Microsoft's video store, which has higher resolution movies available for purchase or rent. When you go to a movie's page on the store, you'll see three purchase options: SD, HD and UHD. UHD is code for 4K.

The third way should be the simplest, but actually may be the most complicated. It's to stream. For this, you'll have to download apps from the Store section of the Xbox. There's a little 4K Collection of apps that you can choose from.

Oddly, YouTube is not listed here. YouTube for Xbox One X does have 4K resolution support, but you wouldn't know it from its exclusion from the collection.

Keep in mind that your TV's support will change what movies and TV displays at, no matter the app. For instance, if your TV only supports 4K at 24Hz and not 4K at 60Hz, you could run into problems. You'll see 4K 24Hz stuff fine, but 4K 60Hz stuff will instead display at 1080p.

How to download 4K assets for Xbox One X

Say you've got an original Xbox One or an Xbox One S and are looking to upgrade to a new Xbox One X at some point. That's awesome and exciting, but there's also a potential problem. See, when you download a 4K game on Xbox One original or One S, it doesn't download the 4K assets. Your console can't run them, so why waste storage space on them?

But when you do buy that new Xbox One X and you transfer over your games, you'll need to sit there and download all those 4K assets before you can play anything. To smooth this over, you're going to need to make some changes. To do that, follow these steps.

When these are all downloaded, you can then transfer them to external storage for loading onto your new Xbox One X when you get it.

At the end of the day, the Xbox One X is a games console. But which games can you actually play in native 4K? Well, it's complicated. There are games that are 'Xbox One X Enhanced'. These are games where the developer has gone back and made adjustments to take advantage of the Xbox One X's power.

Xbox One X Enhanced does not mean that they run in 4K, just that they're built to take advantage of the added performance. That can mean 4K, or it could mean better general performance or 60 frames per second.

In total, there are almost 700 games with Xbox One X Enhanced support on sale or in development. Of those, there are 468 that explicitly provide 4K support - with around 150 of these offering HDR visuals.

Thankfully, every game tells you what it supports. So you'll see games that list whether they're Xbox One X Enhanced, 4K and HDR. You can see the full list on the Xbox website.