It's super easy - you just need to know which apps work 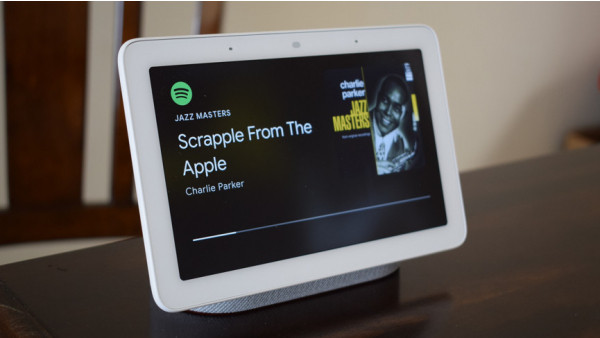 The Google Home Hub smart display might only have a 7-inch screen but it makes a neat little companion in the kitchen or bedroom. Like a teeny tiny smart TV that you can talk to.

One of the coolest features is the ability to cast videos and more from your favourite streaming apps, just like you would to a Chromecast or Chromecast built-in TV or speaker. Sort of. Here's how to get started, what works right now and what we're hoping arrives soon.

How to cast to Google Home Hub

It really is as simple as casting to Chromecast and we'll just say here that you can Cast to any third party smart display not just the Google Home Hub.

Just open up the app on your Android phone or iPhone and the Cast button - a screen mashed up with a Wi-Fi symbol - should appear in the top right hand corner of the screen.

Read this: A quick guide to Google's Digital Wellbeing tools

On most apps you can either cast from the homescreen/search page then decide what you're watching or select what you want to watch first then hit Cast then play.

You'll then be shown a list of compatible devices from which you can choose the Google Home Hub - you might have renamed yours in which case that name, e.g 'kitchen display' will show up instead. Hit that and the video, track or podcast will start playing onscreen.

In the Spotify app, it's a little different - click on Devices Available and the Home Hub will appear in that list, tagged as Google Cast. And for music, don't forget you can group the Home Hub with better sounding Assistant and Chromecast built-in speakers for multi-room audio.

You can now use either your phone as a controller within the app or via handy Cast media control notifications or the onscreen play/pause, rewind and fast forward 30 seconds buttons.

Or you can use voice commands like "Hey Google, stop" or swipe from the left hand side of the screen to go back to Home. FYI whatever you've been watching will then show up as its own card on the Home Hub's UI with the ability to tap to resume playing.

Which apps cast to Home Hub?

The thing to remember here is that not every app that casts to Chromecast will cast to Home Hub - yet.

So YouTube, Spotify, Google Play/YouTube Music and podcast apps like Podcast Addict work for us as does film streaming app Mubi and 4OD in the UK. Some like 4OD require you to link the service first and sign in via the Google Home app.

What apps do we want to see next?

Netflix support for Casting to Home Hub isn't live - a big one - so we hope that compatibility arrives sooner than later as it's Chromecast compatible. Rishi Chanda, VP of Nest and Home products, told The Verge that Google is in discussions with Netflix and that the streaming service is being "conservative" to see how smart displays are used.

There's no Prime Video support but that's not surprising given Amazon's plans for the Echo Show 2018 and no option to Cast Hulu in the US.

Another feature that isn't live for the Home Hub is the ability to Cast tabs from Chrome and mirror what's on your phone or laptop. It's not showing up for us in the Cast devices for Google Photos either. All these could be really useful in the future.

Are you Casting to Google Home Hub? Which apps work for you?