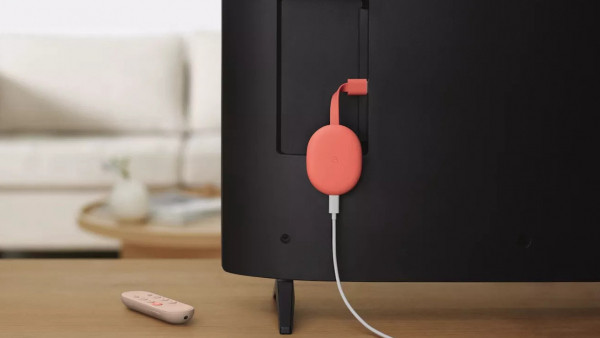 The Apple TV app is now available on the Chromecast with Google TV. The app, which includes the Apple TV+ native shows, will live alongside the likes of Netflix and Prime Video on Google's new smart TV interface.

Google TV went live on the 2020 Chromecast; it's Google's smart TV UI that is positioned as a lighter, more user-friendly version of Android TV.

Like the user interface seen on Amazon Fire TV, Google TV displays TV shows and movies from various sources on a single page. By going into settings on Google TV, you can select the services you want to receive content suggestions from - and now the Apple TV app will be one of the sources available to choose from.

When youŌĆÖve selected a range of sources, youŌĆÖll see custom TV show and movie recommendations in the ŌĆ£For YouŌĆØ tab. ThereŌĆÖs also a ŌĆ£WatchlistŌĆØ feature that allows you to save content to stream at a more convenient time.

Guide: What is Google TV?

Back in January at CES 2021, Sony and TCL announced that Google TV will power TVs in their 2021 line-ups and, when they land, the Apple TV app will be present and correct on those, as well - with more TV brands set to launch Google TV ranges in the coming months.

The Apple TV app can also be found on Xbox and PlayStation consoles and streaming sticks from the likes of Roku and Amazon.

Apple recently announced that people living with the 12 months free trial of its Apple TV+ streaming service will now have access until July 2021.

You get a free year's worth of Apple TV+ action when you buy an iPhone, iPad, iPod touch, Apple TV or Mac. However, that initiative kicked off at the tail end of 2019 so anyone on board then will be looking at an extra 9 months of gratis-viewing.

Back in October the Cupertino company revealed plans to extend the free period to February 2021 but the new date adds some extra months to the deal.