Chris - yes, Chris - is a digital assistant designed just for your car

German Autolabs' mounted helper can be fitted inside any vehicle 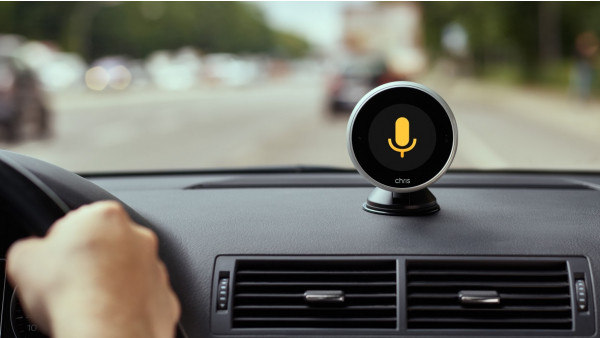 You thought you could escape the spill of digital assistants if you just stayed in your car forever, didn't you? No - just, frankly, no. Not only is Alexa Auto on its way to joining Apple and Google on the road, but an all-new digital assistant dedicated to smartening up the inside of your car has now been released by German Autolabs.

Chris - the actual name of said assistant - is claimed by the Berlin-based startup to be the world's voice AI designed for in-car use, and is now available on Amazon for ┬Ż299 and compatible with Android phones. An iOS version of Chris - again, the name of this assistant is, very much, Chris - is also currently being developed ahead of release later in 2019, though there's no word on when the platform will be available outside the UK and Germany.

Read this: The essential guide to the smart car

So, how does it work? Well, once you mount the windscreen device and offer a command like, "Hey, Chris" - sorry, but we can't stress enough that this digital assistant is called, honestly, Chris - you can follow it by asking to make or take a call, send a text or WhatsApp message, get some directions or play music. Since it's a mounted device housing Chris(!), it can also fit inside any car, something that does give it an edge over Apple CarPlay and Google's Android Auto.

Interestingly, and handily, the system also works offline, and therefore doesn't rely on tethering to the connected Bluetooth device. And if you don't feel comfortable speaking to Chris(!!) in a packed car - although German Autolabs does say the assistant can work even with background noise - the device can also be controlled with hand gestures.

And so, really, it looks like a decent package for the car, doesn't it? The offline use and retrofitting give it a slightly different appeal to those already in the space, so it's really just a question of whether you can survive, mentally, with the idea of a digital assistant living in your car called... yeah, that.