It wants to make Her a reality 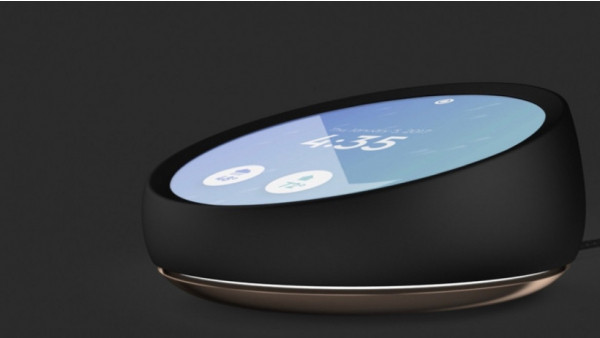 Remember Essential? That's the hardware startup from Android founder Andy Rubin that made one of the first bezel-less phones, the Essential Phone. The company had planned to turn to the smart home next, with a smart speaker that could speak with Siri, Alexa and Google Assistant.

However, a new report from Bloomberg says that project has been put on hold. In fact, most of Essential's projects, including a second Essential Phone, have been put on pause to focus on a new voice-dependent, AI-powered smartphone. Rubin reportedly wants to capture people's imagination with something different, and the film Her is serving as inspiration.

Read this: The movie smart homes we want to live in

Essential's smart speaker, called Essential Home, was to be powered by Ambient OS. It was half smart home controller, half smart home platform. You'd be able to do the regular things, like control your smart home with your voice. It would also have a screen component like Amazon's Echo Show and Google's Home Hub, to show you information it was telling you.

Ambient OS would also work a little bit like IFTTT or Siri Shortcuts, allowing you to connect together a bunch of devices and services that weren't necessarily connected. There was also a heavy focus on privacy, as most of the computations would be done on the device itself rather than up in the clouds. While Ambient OS and the Essential Home are on pause, it sounds like some of its DNA may make it over to Essential's new project.

The new phone will have a small screen and require users to interact with it with voice commands. It'll use Essential's AI technology and do things like book appointments and respond to emails and text messages all by its lonesome. Last year, Rubin outlined the vision for an AI-dependent phone to Bloomberg.

ŌĆ£If I can get to the point where your phone is a virtual version of you, you can be off enjoying your life, having that dinner, without touching your phone, and you can trust your phone to do things on your behalf,ŌĆØ he said. ŌĆ£I think I can solve part of the addictive behavior.ŌĆØ

This frictionless AI was part of the appeal of Ambient OS as well, and it's not hard to draw the conclusion that new phone will also let you control your smart home. Especially as Bloomberg says the phone would work as a "complement" to your current smartphone. It's unclear how that would work, but it's possible that one of the ideas behind the smart speaker - the ability to work with Siri, Alexa and Google Assistant - could be carried over here.

However, Essential has emerging competition in initiative-taking AI. Google's Duplex, which can supposedly make calls on the user's behalf, will start rolling out to Pixel devices next month.

While Essential may have paused work on other projects to focus on this smartphone, the company has also had trouble this past year. Many of the engineers working on the smart home speakers have left the company and the Essential Phone didn't sell very well. Thus, focusing on something new, novel and maybe too ambitious is a way out of its current state. Essential is hoping to have the first prototype of the new phone to be done by the end of the year, with an aim of showing it off at CES 2019 in January.