Hive View Outdoor acts as the nightwatchman of your back garden 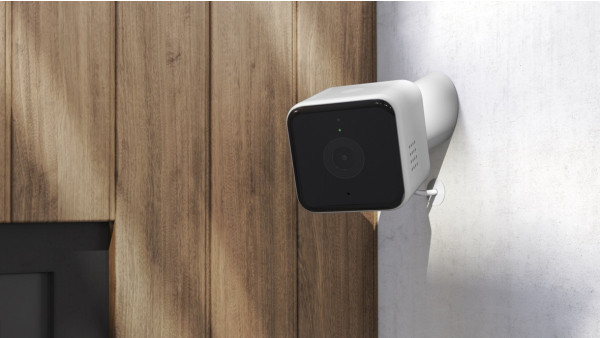 After making a name for itself in thermostats and lighting, Hive has announced it's branching out to outdoor security cameras with the View Outdoor.

The smart camera, echoing what we've seen from the likes of Nest and Arlo, comes equipped with automatic night vision and weatherproofing, staying on standby around the clock and jumping into life when it detects sound, movement or people. When it does, it has the ability to notify the owner and begin recording, all while beaming the action live to the user's device and storing it for later viewing.

Two-way audio also lets people speak directly through the camera, though the device itself will have to be powered by a mains, not a battery.

In terms of design, the outdoor camera is fairly similar to regular Hive View. However, this time, it comes with a detachable mount secured by magnets, meaning users can pick up and move the camera without having to get the toolbox out. It's also the company's third collaboration with designer Yves B├®har.

Of course, once it's all connected and sitting in the great outdoors, the View Outdoor will be controlled through the Hive app. And since its primary feature is securing your home, this can also be bolstered by the rest of the Hive ecosystem; Hive Actions can make it so that the Hive Lights will switch on when the View Outdoor detects something outside, making it appear as if someone is home.

If video is captured by the camera, the contents can be downloaded within 24 hours, though you'll need a Hive Video Playback Membership for this period to be extended to 30 days.

Interestingly, Hive also indicates that more features will soon be coming to the View Outdoor. Adjustable Activity Zones will soon let users pick certain areas of their outdoor space they want to monitor, while Automated Sounds, taking advantage of the camera's speaker, will help deter attention by projecting a dog's bark, for example.

Pricing for the Outdoor starts at $199, with pre-orders giving buyers a healthy 20% snip on the device ahead of its 9 December launch.