Roborock S6 Pure review: Easier on the wallet but still a top performer 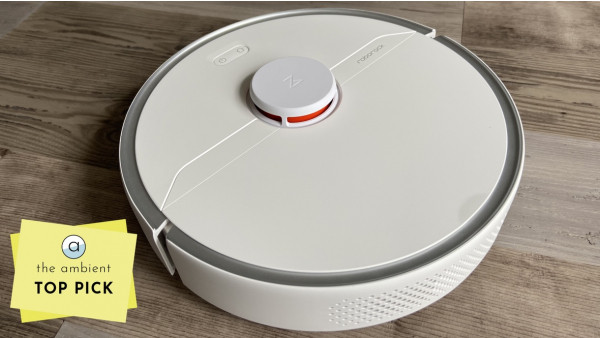 Xiaomi remains a major shareholder (Roborock is a "member enterprise of the Xiaomi ecological chain") but the brand is shaking off the shackles thanks to a number of device launches in the last few months; the latest of which - the Roborock S6 Pure - is on test here for this review.

The S6 Pure is, as the name suggests, a variant of last year's Roborock S6 ($1) with a few tweaks to get the price down to around the $550 mark. It's not as cheap as the $400 Roborock S4, nor the S4 Max, but it does boast some additional features compared to that entry-level model, which I'll get onto in a bit.

Further murking the waters the top-of-the-range S6 MaxV, which has also just gone live, costing $750 - although availability outside of China is limited on this flagship, for now.

I get the feeling that the S6 Pure is designed to take the place of the ageing S5 - although there's also a S5 Pure set to launch soon - so who really knows?

Price when reviewed
$549
Buy on Amazon

What you do need to know is that Roborock, as a rule, is a more affordable brand compared to more well known robo-cleaners, such as the iRobot Roomba i7+ and the Neato Botvac D7, but you don't have to worry about performance.

Read on to find out why the S6 Pure is the latest Roborock success story.

Design-wise, the Roborock models all look pretty similar. There's nothing out of the ordinary; no Neato style D-shape, no elongated brush, nothing like that. What is different, compared to the S6, is there's no spot clean button; just a power button and a home button up top.

I'll be honest, I hardly ever used the spot clean model on previous Roborock models, so the button elimination is no big loss for me. If you need a concentrated clean in a specific area you can always kick start one using the companion app.

At less than 100mm thick, it's a round robo-cleaner design, with bumpers on the front, a sensor engine on the top, and a panel that houses those two buttons on the front.

You can flip open a panel up top to get access to the 460ml dust bin, which is slightly smaller than the S6's, but slightly bigger than the S4's (get used to me saying this, it's a similar story throughout the spec sheet).

On the bottom of the S6 Pure you'll find the cleaning brush and a corner spinning brush. The main brush only contains standard bristles - not the 'Easy Clean' ultra-fine DuPont bristles you get on the S6. However, Roborock components are all interchangeable, so you can always buy the slightly better brushes (for around $22).

Like the old S5 and the S6, you'll see that half of the base is inverted, so you can clip in a water tank and a mopping pad - there's a whole section on the mopping features in a bit.

Color-wise, I had the white S6 Pure model on test, but there is also a white model on offer - no pink love for the S6 Pure as there is with its more expensive brethren.

Roborock S6 Pure: Features and in use

It's hard to get an official number but, apparently, there are either 12 or 13 sensors packed into the S6 Pure. That's one less than the S6 but a couple more than you'll find on the S4 and S5.

As with all recent Roborock models, it's those sensors that allow for all the clever stuff in terms of mapping rooms and routes; an area where Roborock really excels. We've said it in all previous reviews and we'll reiterate it again here - there is no robo-vac brand that comes close to Roborock in terms of navigating a room.

The little circle on top of the device is the unit where the heavy-lifting of mapping and tracking is done. It features an ultrasonic radar sensor, a cliff sensor, a gyroscope, an accelerometer, a speedometer, and an electronic compass.

It's all powered by by a quad-core 32-bit processor, with a simultaneous localization and mapping (SLAM) movement algorithm combining with the laser distance sensor (LSD).

Roborock machines are always processing the optimal cleaning route minutes ahead, with a memory on board to remember room layouts, navigation routes, and areas it cannot reach.

As with all robot vacuum cleaners, it's not immune to getting stuck every now and again - under a cabinet with a varying clearance level, between chair legs and so on - but it's a much, much less frequent occurrence than it is with its rivals.

The S6 Pure also features the company's Adaptive Route Algorithm, which calculates the most efficient cleaning route based on a room's shape and in-room obstacles, so you'll actually find that it runs into bother less often over time, as it learns where to avoid.

The Roborock S6 Pure has four cleaning modes; silent, balanced, turbo and max and, as with its stablemates, the cleaning performance, especially on the top two settings is as good as you're going to get with a robot cleaner.

Like the S4 and S6, it has a 2,000Pa suction rating - which is on a par with flagship devices of other robot cleaner brands - and there's also a Carpet Mode that increases suction power when it detects it's gone from hard floor to a carpeted area or a rug.

Everything can be set in the Roborock app - more on that soon - and the S6 Pure also talks to you, telling you when it's starting a clean, going back to the dock, and it'll also give you a spoken error code if something does go wrong. There are about 15 different voices to choose from, although there is only one English option.

I said this in the S5 review and then again in the S6 review, and I'll say it again - the mopping feature is very much a "nice to have." Do you really want the hassle of filling up the tank, changing the pads and so on? For me, it's against the ethos of a robot vacuum, which is designed to clean your house with zero effort.

After a mop, you need to empty and dry the tank, pop off the cloth pad and stick it in the washing machine. You can also now get throw-away pads if you don't care about Mother Earth.

If you are interested in the mopping feature then the good news is the water tank is almost 30% bigger than on the S6; up from 140ml to 180ml.

You've got to this point of the review and there's barely been any negatives. You're thinking that it's a seamless affair with a Roborock. But, it all gets a bit iffy when it comes to the app(s) and, especially, Amazon Alexa or Google Assistant integration.

Up until a couple of years ago, Roborock machines lived within the Xiaomi Mi smart home app. And while they still can (with the same screen layouts and features) there's now, thankfully, a much cleaner, dedicated, Roborock app.

As with the S4 and S6, the S6 Pure scans and maps your house's layout and provides incredibly accurate blueprints of your abode. This is useful because you can set virtual no-go zones around certain objects - think troublesome chairs, areas with wires, pet bowls, that sort of thing.

You can then draw custom areas on the map, simply by pinching and zooming a square over it, and create custom cleans - for example you could have the area around your dining room table vacuumed twice after meal times.

The S6 Pure also has access to a feature that was introduced with the S6; selective room cleaning. Users are presented with a map showing what it has deciphered as different rooms as different colors. My downstairs has an open plan kitchen and dining room, so it had these grouped together, but it's easy enough to manually edit them.

Once your map is how you want it, you can individually select rooms for cleaning. You can also enable a multi-floor map, with up to 4 different floors on offer. Of course, you'll have to carry your S6 Pure up the stairs though, to clean different levels of the house - and it obviously won't be able to self dock.

As mentioned, digital voice assistants are compatible but it's a bit of a faff getting them synced up. Google Assistant is a bit easier but, using Alexa, you may find the S6 Pure doesn't show as a switch-type device - so only works with voice commands and can't be added to routines.

You can play around using the Xiaomi Mi Home app and Skill to get a more controllable Roborock in your Alexa setup, but be prepared to be do a bit of tweaking within the location server settings. I did say it was a bit of a faff.

The S6 Pure's 5200mAh battery will, at the lowest setting, give you 150 minutes of cleaning. I have mine set to Turbo - the highest - and it easily gets around my downstairs in around 70 minutes, with plenty of battery left in the tank.

Roborock states that it is suitable for areas above 200 square meters (2,150 square feet). It will go home and charge itself should it need extra battery power to complete the job.

With regards to maintenance, the Roborock app will tell you when you need to clean sensors, brushes and filters. The filters are washable but you can also buy spares cheaply online. The app also tells you when to empty the dust bin, as does the on-board voice.

It's a bit noisier than both the S6 and S4, with a 69db noise rating. It's not loud though, there's nothing to worry about there.

Roborock S6 Pure
Buy on Amazon
Roborock S6 Pure
The S6 Pure does a great job of making the S6 difficult to recommend. When we first reviewed the S6 last year, it was an Ambient top pick. However, the fact that the S6 Pure has come along, offering pretty much the same setup - for $100 less - means the Pure is now our favorite Roborock. Yes, it takes longer to fully charge, the dustbin is very slightly smaller, it's a bit noisier, and there's a sensor or two missing but, in all honestly, none of that will make a real difference in day to day use. The S6 is slightly, very slightly, better. But not $100 better. Get the S6 Pure, it's a top-class robot vacuum cleaner and is superb value for money.
PROS
CONS
TAGGED    robot vacuums