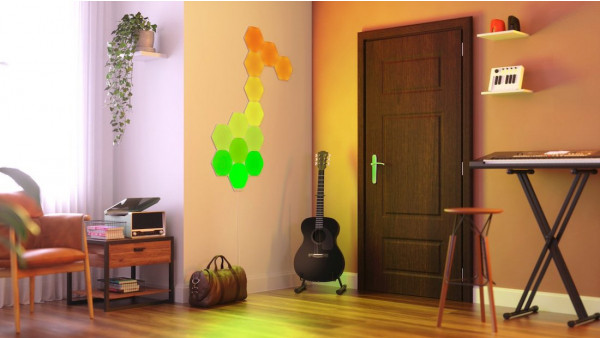 Nanoleaf boss Gimmy Chu believes that Apple, despite currently leading the way when it comes to smart home ecosystems, could be the biggest loser of the progress of Project CHIP.

That may sound somewhat confusing given Apple is, along with the likes of Google, SmartThings and Amazon, one of the founder members of the CHIP (Connected Home over IP) Project.

"I think the industry just thinks of smart home as voice assistants," explained the Nanoleaf CEO to us. "In reality, Alexa and Google, they're primarily cloud to cloud. And the cloud has inherent issues with it, whether it's things that are not reachable, internet's down, privacy concerns and so on.

"But when everything is local, and HomeKit has actually done a really good job of that, and it's built into every smartphone, every MacBook, every iPadŌĆ” people undervalue that.

"In terms of voice assistants, Google and Alexa are definitely kicking AppleŌĆÖs butt. But, when it comes to the local smart home, Apple is currently winning.

"But when CHIP comes out, they lose their advantage. I think Apple loses the most. With the introduction of CHIP, it just allows everyone to catch up quite quickly."

Apple, when CHIP was launched back in 2019, stated a new protocol would "complement existing technologies."

Connected Home over IP is based around a shared belief that smart home devices should be secure, reliable, and seamless to use, and that it should be simpler for brands to build devices that are compatible with the likes Alexa, Siri and Google Assistant.

The working group behind CHIP, which actually works within the Zigbee Alliance, has said that the goal of the first specification release will be Wi-Fi and Thread; as well as IP implementations for Bluetooth Low Energy.

The idea is that smart home devices will have at least one supported technology, not necessarily all, with consumers not having to concern themselves with regards to connectivity radios their tech has.

If it has the CHIP mark of approval it should just work.

"What pushes the ecosystems ahead is, in the long run, is to uncomplicate these things as much as possible and make it in a natural for people to use in the house," Chu told us, on the eve of Nanoleaf launching an Essentials range of Thread-enabled smart lights that are compatible with the new HomePod Mini.

Chu explained that, although Nanoleaf is one of the first brands to launch a smart home device that makes use of the HomePod Mini's Thread radio, he understands why the inclusion of the protocol isn't front and center of Apple's marketing push for its newest smart speaker, which is actually the most comprehensive HomeKit Hub to date.

"Apple didn't even include in their keynote that the HomePod Mini supports Thread. They felt like it was too complex of a concept for the average consumer," he said.

Guide: What exactly is Thread?

Although Apple is fast out of the gate with Thread - which is sure to play a major role in the success of Project CHIP - it's clear that Chu also sees other manufacturers making use of the low-energy standard soon.

"HomeKit is just one language that works over Thread," he explained. "When you have our light bulbs using Thread with HomeKit at your home, you could also, in theory, when Google releases their Thread solution... you could use that same Thread network; you don't have to reconnect to it."

Google has already put a Thread radio in some of its smart home devices such as the Google Nest WiFi system and the Nest Hub Max.

However - you can't really 'do' anything with it at the moment; there's not really a simple way to add Thread devices like bulbs and smart plugs onto the network. At least not yet.

The likes of the Nanoleaf Essentials range and its compatibility with the HomePod Mini point at a smart home future where Thread is a major player.

And it's very easy to get Thread on board - it can be added to nearly any device with a simple software update. As long as a device supports the 802.15.4 wireless protocol then it can be upgraded to support Thread... and a heck of a lot of smart home devices already do.

Whether that future sees Apple winning or losing remains to be seen - but the clear winners should be the consumers because, as mentioned, devices should 'just work', no matter what smart home ecosystem they're using.