SmartThings goes big on the ecosystem: This is the end for SmartThings devices

Don't expect to see SmartThings hardware restocked, it's all about the platform 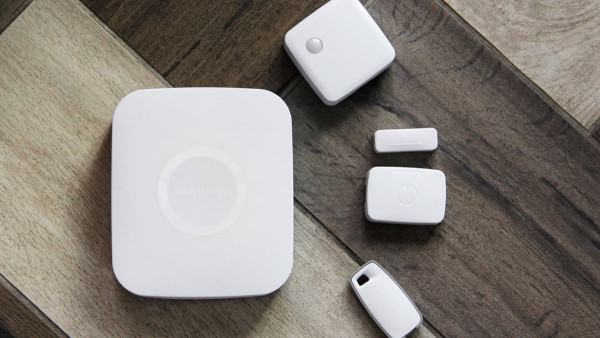 This time last year, Samsung-owned SmartThings revealed a major shake-up for its platform; both in terms of hardware and software.

Over the last 12 months we've seen plenty of action on the software front, such as the slow death of the legacy 'Classic' SmartThings app, the launch of SmartThings Labs and the commitment to the newly-named Matter initiative.

On the hardware front we've seen the first 3rd-party SmartThings Hub launch (from Aeotec) and the announcement that the original, first-gen, SmartThings Hub will no longer work past 30 June 2020.

We've also seen stock levels for all SmartThings branded hardware fall off of a cliff... whether you're looking for a 3rd-gen hub to replace your death-row original, a new motion sensor or a SmartThings WiFi module, you're going to have to do some serious hunting around.

Guide: How to migrate from SmartThings Hub to the Aeotec Smart Home Hub

The assumption has been that SmartThings is no longer in the hardware game. And that assumption has now been confirmed to The Ambient by Samantha Fein Osborne, Vice President of Marketing and Business Operations for Samsung SmartThings.

"SmartThings is an open ecosystem, meaning the technology is compatible with a wide range of connected devices," she explained. "WeŌĆÖve been monitoring the landscape for a long time and realized itŌĆÖs our technology behind the device ŌĆō our ecosystem and software platform ŌĆō that is the future of IoT.

"Last year we made a strategic decision to double down on our technology and focus our efforts on our ecosystem, while working with third party partners to manufacture physical hardware," she added.

"This decision has allowed us to maintain our stronghold as the ecosystem with the most flexible protocols. With the integration of Matter, SmartThings will continue to be at the forefront of the ever-evolving connected home space through its versatility and its ability to connect and integrate with thousands of different devices by countless leading brands within this vertical."

So there you have it, SmartThings is essentially going all-in on being the backbone of a connected smart home system, and will make use of a variety of wireless protocols in order to streamline your smart home.

"SmartThings will help bridge the gap between the smart home of the past and the future by becoming one of the only ecosystems with support for Matter, Wi-Fi, Thread, Zigbee and Z-Wave to ensure continuity for existing smart homes," Fein Osborne told us.

Obviously, Matter is set to play a huge part in this. Previously known as Project CHIP, SmartThings has teamed up with the likes of Apple, Google and Amazon, along with the Zigbee Alliance, for the new protocol.

It's based around a shared belief that smart home devices should be secure, reliable, and seamless to use - and the first Matter branded devices are expected to ship later this year.

"We believe that Matter is well-positioned to be the biggest advancement in the smart home industry for the foreseeable future," Fein Osborne explained. "Matter addresses key challenges for both consumers and device manufacturers that have historically slowed smart home adoption and prevented it from reaching mainstream consumers.

"In the past, consumers have been confused and frustrated by the lack of interoperability between devices from different manufacturers and ecosystems.

"Matter will enable consumers to purchase and install smart home devices with confidence and allow device makers to refocus their energy and limited resources on their core product innovation and differentiation instead of basic connectivity.

"We're investing in the shared belief that Matter addresses real problems slowing smart home adoption and that by delivering on it's promise of simplicity, interoperability and security, it will rise above other IoT standards and find its way into mainstream consumersŌĆÖ homes and everyday lives."

Anyone who already uses a SmartThings system will testify that it's one of the easiest, and most proficient ways of maintaining a smart home across different brands and communication methods.

The commitment to Matter (and Thread as an emerging protocol) will only make SmartThings' smart home ecosystem stronger and we'd hope, as the Aeotec hub hints at, more hardware partners will fill the hardware gap following the shifting focus to a behind the scenes technology.

There is a strong SmartThings community who believe that they are being left behind. For those people Fein Osborn explained they see the future as bright for their early-adopters.

"SmartThings will continue to provide our customers with the support, products, and standards theyŌĆÖve come to know," she told us.

"Enthusiasts shouldnŌĆÖt be worried ŌĆō if anything, they should become more excited as we are making even deeper investments in the SmartThings platform to enable new experiences and functionality while, at the same time, continuing to make it easier to integrate devices and bring new users into our world of connectivity."