The smart home is having a moment at Milan Design Week

Sony, Google and Sonos show off the softer side of home tech 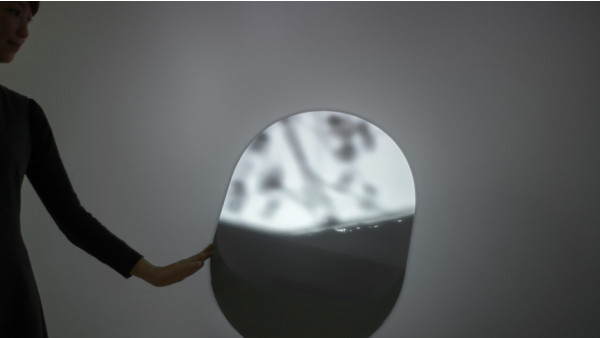 Milan Design Week is known for its pop-up installations, out-there materials and designer collaborations, but for 2018 the show has embraced smart home technology like never before.

Why? Because tech companies are finally beginning to sing from the same hymn sheet, creating hardware for the home that feels less like a gadget and more like an object you'd want to live with.

We've been keeping an eye on the Salone del Mobile ŌĆō here are the launches, exhibitions and installations we've seen come out of the show so far.

We saw a new portable Bluetooth speaker launched in Milan, in the form of the BeoPlay P6. Danish designer Cecilie Manz, who also worked with B&O on the round A1 speaker, was going for a Scandi aluminium design, complete with leather strap, that references the Bang & Olufsen Beomaster 6000.

B&O Play says the retro-looking P6 has 360-degree sound ŌĆō which we're yet to test out ŌĆō 16 hours of battery life and a mic to support (as yet unspecified) voice assistants. It's available now in the UK, 23 April in the US for $399.

The title Softwear comes from a 1998 exhibition by Edelkoort about the relationship of technology to nesting, and it seems that Google wants to bring this idea back for 2018. We already know the importance that people like Ivy Ross, Google's VP of hardware design, place on fabrics and textiles (on products like the Home Mini) and that's apparent here too. The Dutch designer Kiki van Eijk has created wall hangings for the installation that are made from textiles and will feature on future Google products. It's an artistic sneak peek of what's to come.

Another high profile tech and design collaboration, this time between Sonos and Danish design firm Hay. The Sonos One is getting three new colours this September ŌĆō red, green and a lovely yellow ŌĆō with a further two colours, a pale pink and grey, being showcased at Milan in collaboration with We:work. They're limited edition but still ŌĆō more from where this came from, please.

Panasonic is in Milan, focusing on air quality, a hot topic in the connected home for 2018. The 'water drop' Transitions dome at the Pinacoteca di Brera features new air purification tech that promises to give visitors the cleanest air in Milan as part of the immersive but "intangible" experience. Technology on display includes air purification ionisation tech nanoe X and silky fine mist, which uses highly pressurised air to micronise water. Plus Panasonic's also running talks on themes like how we will define living spaces and create homes now and in the future.

Sony's design team has brought some interactive, playful furniture and accessory concepts to the Salone via the five rooms of its Hidden Senses exhibition.

Like Google's Softwear approach, these experiments are all very far away from the hard, screen-obsessed, sci-fi aesthetic that turns a lot of people off tech in the home.

Both at the Milan Design Fair itself and the EuroCucina show (a kitchen show within the main show), there were a few interesting showcases of connected kitchen tech.

Samsung unveiled its new Dual Cook Flex oven ŌĆō it can be preheated, remotely monitored and controlled during cooking via the SmartThings app, even if you're not at home, while a Cooking Guide feature makes setting recommendations based on your ingredients and type of food.

Over at the Salone del Mobile, Samsung rounded up Michelin starred chefs for a cooking event at the booth which included the Bixby powered Family Hub smart fridge and its new Virtual Flame cooktop.

Grundig was showing off its connected virtual worktop, which uses an overhead projector (hidden in the induction hood) to allow the user to control both the hob and smaller appliances via touch. That's without the need for physical dials, knobs and switches to break up the surface and style of the kitchen counter.

The concept has been around since 2015 but the latest VUX Hub has a high resolution interface, wireless control of small appliances and more cooking zones than previous iterations. Grundig also announced that it is adding Alexa support to its HomeWhiz appliances and that its connected dishwashers are joining Amazon's Dash Replenishment service. That means they will automatically re-order dishwasher tablets when running low.

Bosch and Siemens brought kitchen assistant Mykie to Milano. Mykie has developed over the past few years into a voice activated sous chef, capable of showing videos and recipes to guide your cooking. The Mykie Home Connect Hub ŌĆō the bot's full name ŌĆō can also project what's in your fridge onto a surface and suggest recipes based on what you have in stock. And ŌĆō possibly the key ŌĆō he looks cute.

Seven Instagram-inspirations for your cool and connected kitchen 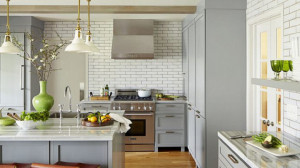 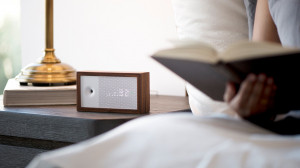 Awair wants to be the brain of your home environment 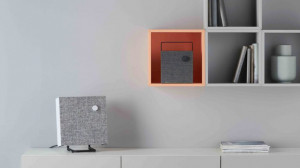 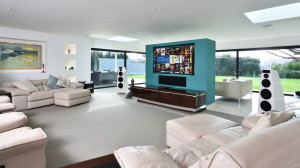