Beam me up! Amazon gets its Star Wars on for May the 4th Force Day 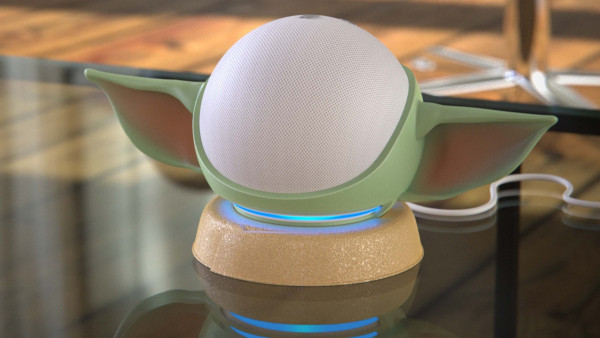 It's May the fourth today and, for nerds, that means it's Christmas.

And what do nerds love the most? Star Wars, that's what. And Amazon has the perfect May the Fourth Be In You gift this year: some Yoda ears for your Echo Dot (or, indeed, Echo Dot with Clock).

The press release states that they are actually Grogu from The Mandalorian-inspired ears but I've seen one of the Star Wars movies (the one with Dark Vader in it) and I think I know my Yodas from my Grogus.

These Yoda ears don't actually help your Echo Dot's Alexa microphone to hear better nor do they add any Force (that's not listed in the specs, at least), but they do - according to other news stories covering the launch - look 'cute' and, by all accounts, are a 'must have' if you like The Star Wars.

The ears, made by Otterbox Den Series, are available to pre-order now and will begin shipping on 10 June.

As well as the Spock ears, you can also ask your Echo smart speaker a load of Star Wars related things now. What a time to be alive, eh?